"“Apparently, she’s going to have the child and I think that is the right
decision, a good decision, and I respect that and appreciate it,” Huckabee
continued. “I hope it is not an encouragement to other 16-year-olds who think
that is the best course of action.”
“But at the same time I’m not going to condemn her,” he said. “I just hope that she will make another right decision and that’s to give that child all the love and kindness and care that she can.”"

First of all poor Mike has no clue what kind of family he is talking about. If he only knew he might change his stance to pro-choice. Other than that, it seems like a fair statement. Like the choice or not, she should be respected for it. But not the actions that got her there.

Good luck Jamie-Lynn.
Posted by Unknown at 12:44 PM No comments:

"After paying for her drug store items, she and her assistant headed further
down on Sunset to Miyagi’s for some drinks. She then headed to Malibu and drove
around a bit before deciding to call it a night. Britney ended up staying out
until 4am and drove home….without her headlights on!"

Click the link to read all about how our favorite new aunt, spent the evening.
Posted by Unknown at 12:40 PM No comments:

"Britney Spears’ cousin Alli Sims is set to follow in the footsteps of her
famous relative and launch her own pop career. The Gimme More star’s former
assistant revealed her plans for an assault on the charts in an interview with
German magazine Maxi, and insists she will succeed without the help of her
celebrity connections."

Any bets on how long it will be before Alli gets herself knocked up too?
Posted by Unknown at 4:48 AM No comments:

Posted by Unknown at 4:23 AM No comments:

On the next TMZ

Posted by Unknown at 4:22 AM No comments:

Posted by Unknown at 4:21 AM No comments:

Email ThisBlogThis!Share to TwitterShare to FacebookShare to Pinterest
Labels: Best Night Ever, Video

Posted by Unknown at 4:20 AM No comments:

Email ThisBlogThis!Share to TwitterShare to FacebookShare to Pinterest
Labels: Best Night Ever, Video

"We're not at all surprised that pint-sized Kid Nation genius Jared (or
someone he's contracted to front his e-commerce operation) is indulging a
precocious entrepreneurial streak; not only is he auctioning off one of the
limited edition, hand-crafted Bonanza City necklaces he can be seen making in a
late October episode (subversive product placement!), he's also trying to flip
the Wii CBS gave him so he can buy some other games. If he wasn't already our
Nation favorite, he certainly is now"

I think Jared and Sophia are the two names that will come back into the public again in the future. More than the others they have what it takes.
Posted by Unknown at 4:12 AM No comments:

Jamie Lynn Spears Aunt: Pregnancy Might Have Been Planned

Jamie Lynn Spears Aunt: Pregnancy Might Have Been Planned:

"Jamie Lynn Spears Aunt, Chandra McGovern, is suggesting Jamie Lynn might have
planned this pregnancy so she could get her turn in the spotlight."

Sad as this is, it sounds like it could be true.
Posted by Unknown at 4:08 AM No comments: 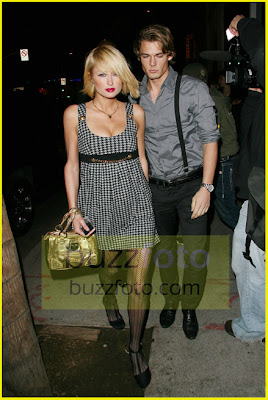 Buzz Foto LLC - Paparazzi Is An Art Form!: "If Looks Could Kill!"
Posted by Unknown at 4:00 AM No comments: 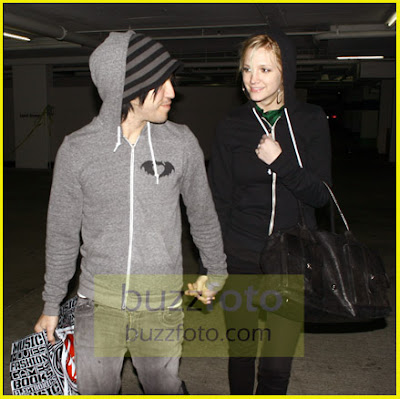 Buzz Foto LLC - Paparazzi Is An Art Form!: "Love Is In The Elevator!"
Posted by Unknown at 3:55 AM No comments:

"Good luck with that! Model Kate Moss is fuming that her ex, Pete Doherty,
is allegedly shopping their private stash of sex tapes around for the highest
bidder."

Now that would be a tape worth paying for.
Posted by Unknown at 3:35 AM No comments:

"OMG, I’m beginning to think there really IS something in the water! American
Idol’s favorite trainwreck and amateur sex tape star Jessica Sierra is knocked
up, and in jail! Could this girl be any worse-off? She makes Britney look
classy."

Don't they know what birth control is in Hollywood?
Posted by Unknown at 3:32 AM No comments:

"“Ms. Spears is a devout Christian with a spotless reputation, who lives in
accordance with the highest moral and ethical standards in accordance with her
faith.There is no “rumor” concerning Ms. Spears’ (non-existent) pregnancy,
except perhaps for the baseless “rumor” just now being created by the National
Enquirer.
Ms. Spears is not pregnant. It is pathetic for the National
Enquirer to attempt to create a wholly baseless “rumor” that Ms. Spears is
pregnant, so it can run a malicious story and false story which would be
emotionally devastating to a morally upright 16 year old girl.”"

Here is the response that was sent out when the rumors first started about Jamie-Lynn having a baby. Either they are the ones that are writing things with no foundation or the way they define "highest moral and ethical standards," is not the way I would define it.
Posted by Unknown at 3:27 AM No comments:

Beyonce and Jay-Z Wedding | Allie Is Wired - The Entertainment Blog

Beyonce and Jay-Z Wedding Allie Is Wired - The Entertainment Blog:

"Beyonce and her weave of wonder have finally married Jay-Z. The nuptials
reportedly happened in Paris in what is said to be a “low key” shindig. I am
guessing since there is a condom shortage in Hollywood it will only be a matter
of time before she is knocked up and on the cover Vanity Fair."

Congrats to the new couple, I think they are hot together.
Posted by Unknown at 3:24 AM No comments:

"Kiefer is spending his birthday in jail, let’s all send him some best wishes!"

Happy Birthday Keifer.
Posted by Unknown at 3:21 AM No comments:

Britney Spears is STILL Denying that Jamie Lynn is Pregnant Allie Is Wired - The Entertainment Blog:

"Either Britney has grown tired of her friends X17, or she’s clearly still in
denial. OR… it could be the drugs, who knows. At any rate, she’s still saying
Jamie Lynn isn’t pregnant."

Could it be that no one in the family has talked to her, and told her that her sister is pregnant. I can understand why she wouldn't believe it when she hears it from the photographers.
Posted by Unknown at 3:17 AM No comments:

"NEW YORK, NY (December 21, 2007) – Jamie Lynn Spears’ pregnancy has put
the issue of teenage sex back in the forefront of many households’ discussions,
including Rosie O’Donnell’s."

Rosie really wants people to talk about her. She needs the attention, otherwise she wouldn't make these comments all the time.
Posted by Unknown at 2:29 AM No comments: