Hackers claim to have worked their way into the Google/Blackberry/MySpace accounts for Lindsay Lohan. A couple of the pictures that have been circulating on the net, show that the mood between the Hollywood starlett crowd may be far less than friendly. In one of the e-mails from Lohan to Hilton, Lohan attacks Hilton for hanging out with celebrity blogger Perez Hilton, and claims that they are out to get her. 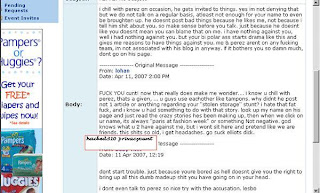 In this e-mail Lohan claims that Perez has been giving Hilton special attention, while going out of his way to make Lohan sound like she is crazy. It is true that Perez and Hilton have a relationship that is about as appropriate as Maria Bartiromo and Todd Thomson. It has been pointed out by other sources that his coverage of Hilton is slanted, it should be remember that Perez is a blogger with no journalistic training. 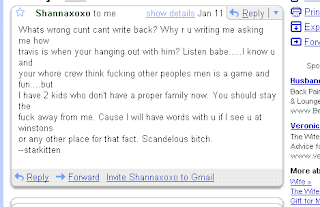 This e-mail is in regards to the relationship that Paris Hitlon had with Travis Barker, while he was having troubles with his wife Shana Moakler. The tension between them was high, and resulted in Moakler attacking Hilton in a night club.

How Many Superheroes Does it Take to Screw in a Light Bulb?

Add to My Profile | More Videos
Posted by Unknown at 11:50 PM No comments:

There has been talk in the media about democratic candidates moving towards Al Sharpton as a way to win over the black vote. I think that this is a risky move, because Sharpton is such a strong character, and I think a lot of people harbor some distrust for him and his politics.

My number one fear in moving towards Sharpton is that he is a black leader, even more so than Jesse Jackson. He is a leader that is only concerned with issues that relate to the black community, and he has that right and he does it well. However I think America is ready to move beyond a politics of race, and that means that the next president can't be a black president - maybe a president that is black.

America has been torn apart by this racial separation and it is time to set it behind us. However electing a person because they are black is just as bad as electing a person because they are white. I think that Obama has some strong ideas and in a couple years could develop some strong leadership skills. I think that this is not the election that he should be running in, that he would fare better waiting and showing himself in his senate seat.

Al Sharpton may have won the battle in the Imus controversy, but even as people bend to his will I think it is with a bitter taste in their mouth. His politics his a relic of the past, and it needs to be put away. I may be overly optimistic about this, but in the young generation, I don't believe race is as much of an issue. 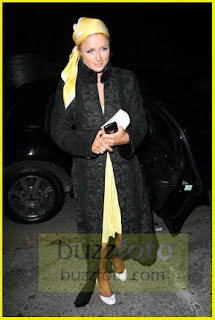 The whole dating scene in Hollywood seems to be going a little crazy lately. While Paris Hilton was seen at a party in Las Vegas with Kevin Federline, rumors are circulating that she is dating James Blunt.

James Blunt, singer and song writer, famous for the song, "you're beautiful" is said to be having a relationship with Hilton that is serious. The couple have been seen by witnesses kissing at a Hollywood night club.

One on looker said; "“They were all over each other, they were dancing and holding hands, they both ended up back at Paris’ house.” "

When asked for comment, a spokesperson for Blunt said that this sounded like gossip. While she has a point that it is gossip, that hardly makes it false (only makes it more likely false).
Posted by Unknown at 11:11 PM No comments:

There are rumors going around the internet that Al Gore is allowing a secret group to gather that could lead towards a run for the White House. We can assume that he would depend on his new found credentials as an environmentalist. Would he gather more votes than Hilary, who is viewed as being un-popular in the media.
Posted by Unknown at 10:32 PM No comments:

Sanjaya, the former American Idol contestant, was invited to the White House Press dinner on Saturday Night, by People Magazine.
Posted by Unknown at 10:28 PM No comments: 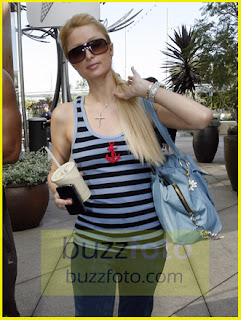 Could Paris Hilton and Britney Spears' ex-husband be friends?

Paris and Nicky Hilton were seen with the divorced father at a party in the TOA night club. The party was for Jason Strauss' birthday and was held at the club inside The Venetian Hotel in Las Vegas.

Personally I am less shocked that they were seen together than the fact that Federline was even at a celebrity party. I thought his time was past already.
Posted by Unknown at 10:24 PM No comments: 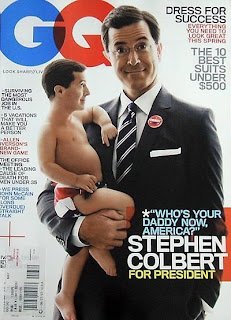 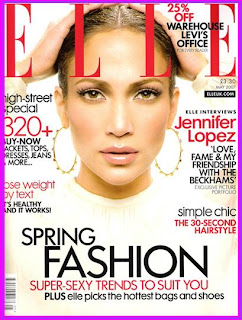 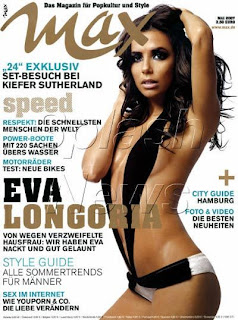 Tillman Cover Up Began Within Hours Of Tillman's Death

Posted by Unknown at 9:51 PM No comments:

George Bernard Shawfrom Quotes of the Day
"Democracy is a device that ensures we shall be governed no better than we deserve."
Posted by Unknown at 1:54 AM No comments:

Michael and Sanjaya talk on the phone...

Posted by Unknown at 1:52 AM No comments:

THIS IS NOT EASY TO WATCH
Posted by Unknown at 12:55 AM No comments:

Who gets the bucket?

Who is Winona Ryder...

Born Winona Laura Horowitz on Oct. 29 1971 in Olmstead County, Minnesota. Her first name comes from the name of a town near where she was born. Her middle name Laura comes from the name of her parents friend, Laura Huxley.Her paternal grandparents came from Russia as immigrants, and he maternal grandparents came to the US from Romania. The family became friends with a number of famous names, including Timothy Leary (who was Winona's Godfather), beat poet Allen Ginsberg, and Lawrence Ferlinghetti.

At the age of seven, the Horowitz family moved to a commune near Elk, California. The location of the commune was remote, so Winona took up reading. It was at the commune, her mother showed her movies on a screen in the barn. It was watching these movies that started Winona's interest in an acting career.

When she was ten, the family moved to Petaluma, Calif., where when she joined the public school she was treated badly by a group of bullies that mistook her for a effeminate male. She was taken out of school and home-schooled after that incident. This is when she started going to the American Conservatory Theater in San Francisco, where she got her first acting lessons.

Her first movie role was in the 1986 movie "Lucas" as a friend to the main character. This is when she got the name Ryder, when asked how she wanted her name to appear in the credits she suggested the name Ryder because her father was listening to a Mitch Ryder album at the time.

Ryder's breakthrough hit came with the release of "Beetle Juice". A movie in which she played a main role along side big Hollywood talent like Geena Davis, Alec Baldwin and Micheal Keaton - who all played Ghosts. In the movie she is the only humyn that builds a relationship with the ghosts.

Ryder is best known for three movies, and one of the biggest is Heathers. Heathers released in 1989. In the movie she plays a disenchanted teenager that plays the forces that surround her against each other for her own gain.

The movie I most often think about in regards to Ryder is "Girl Interrupted", based on the book by Susanna Kaysen. She plays a young teenager that is experiencing depression and is sent to a mental hospital for a short time to sort things out. In this movie she plays along side such stars as Angelina Jolie and Brttany Murphy.

Other hit movies that she has been in include Edward Scissor Hands" with her then boy friend Johnny Depp. "Little Women", along stars like Kirsten Dunst, Claire Danes and Christian Bale. Her latest movie, "A Scanner Darkly" is based on a book by Phillip K. Dick.

In 1993 Ryder took an interest in the case of missing girl, Poly Klass. Klass had been taken from her home in Petaluma, where Ryder had lived for a short period while she was growing up. She offered a $200,000 reward for the childs safe retutn. After the death of Poly Klass, Ryder dedicated the movie she was working on at the time, "Little Women", to Klass's memory.

She was engaged to Johnny Depp for three years, during which time he got a tattoo that said "Winona forever", after their break-up he changed the tattoo to "wino forever". She has also had relationships with Matt Damon and Dave Pirner from Soul Asylum.