"In what may be the first significant break in the Hollywood writers’ strike,
David Letterman is pursuing a deal with the Writers Guild of America that would
allow his late-night show on CBS to return to the air in early January with the
usual complement of material from his writers, even if the strike is still on."

Letterman can do this because his show isn't owned by the network. If this deal goes through, and I think it should, that would end the strike. The networks would lose a lot too, as more shows would start to be created by outside groups that could reach their own deals with the writers.
Posted by Unknown at 2:15 PM No comments:

"rumor #1 - Britney didn't pay her bills at the posh hotel so management
told her to get lost.
rumor #2 - Security at the Four Seasons didn't want
her coming in the back door anymore so they simply told her to enter through the
front.
rumor #3 - The hotel security details was sick of photogs crowding
around whenever Britney's around so they politely denied her a room because of
us!"

It is all rumors right now, but with Spears, any of these could be true.
Posted by Unknown at 12:18 PM No comments:

"The Desperate Housewives star can be seen showering outside naked in the
photographs, which were among 200 personal pictures found by a Los Angeles firm
when they were hired to clear out garbage from her house in October last year."

This is something that would upset anyone. It seems that these pictures were not stolen either, they were thrown away by the star. In the long run, this will help her career, it will make her a sex symbol in a way that only Eva has been so far. Now if anyone finds nudes of Teri, for the love of humynity - burn them.
Posted by Unknown at 12:13 PM No comments:

"Director Quentin Tarantino is planning to help rescue Lindsay Lohan’s Hollywood
career, by casting her in his next big movie. The Pulp Fiction director has
become an expert at revamping fallen stars’ careers such as Pam Grier, John
Travolta and David Carradine."

A chance to work with Tarantino would really mean a boost to Lindsay. Many people believe that she has talent, and that she can make it long term in the business. Something like this could give her a good bump towards the top of the Hollywood pile.
Posted by Unknown at 12:07 PM No comments:

Michael Jackson to be saved by Debt.com?

Michael Jackson to be saved by Debt.com?:

"Michael Jackson has fallen behind on the payment for his now infamous Neverland
Ranch - $23 million dollars behind. The star fell late on the debt on November
15, 2008 and is now roughly a month into the 90-day period before the property
is seized. Debt.com has offered to pay off the debt, in exchange for
Jackson’s participation as a celebrity sponsor for the site."

Could Jackson really be in such a bad place that he needs to be saved by a website?
Posted by Unknown at 12:04 PM No comments:

"Miley Cyrus reportedly got in trouble when she went out and bought a
crocodile Prada bag which averages $11,350. When Billy Ray and Leticia Cyrus
found out what Miley did, they were said to cut up all of her credit cards and
have changed her monthly allowance of $300. Although 15-year-old Miley has
become quite the star with her tour selling out, a successful CD, and a very
popular TV show Hannah Montana, but the Cyrus parents aim to raise her like a
regular kid and give her rules and limitations. She still gets grounded too when
she acts up."

This sounds silly, but it is an important thing to do. I wonder how much this would have changed the life of Britney Spears, if someone had taken the time and effort to tell her no. I think one of the biggest dangers for child stars, is that they start to think they are bigger than life. They begin to believe the hype, and think that they don't have to obey the same rules the rest of us do. Sadly, it turns out that the laws don't seem to be enforced in a way that challenges that belief. There are other consequences, that even stars have to pay for their actions though. Look at Spears and her life right now. Good job Billy Ray.
Posted by Unknown at 11:59 AM No comments:

"Ashley Tisdale showed off her new schnoze at Z100's Jingle Ball last night in
NYC. Ashley blamed a 'deviated septum' as the reason why she went under the
knife. First of all, her name is soooo irritating. Ashley Tizzzzzdale. It's like
her parents knew she was going to be the most annoying person ever, so they gave
her a name to fit."

Her new nose is cute, but I didn't think there was anything wrong with her old one-as far as looks go anyways.
Posted by Unknown at 11:53 AM No comments:

"Brit Brit tried to get into the Four Seasons parking lot last night, but
hillbilly was DENIED. TMZ has the video of Brit pulling up to the parking garage
and being told through the intercom 'I'm sorry, you're not authorized to come
in.' Of course she responds with, 'Wha?!'"

We know that she was denied access, but we don't know why at this point. It could be because of the photographers, or it could have been because of who she is, or it just might be that they were full for the night.
Posted by Unknown at 11:48 AM No comments:

Eva Longoria And Tony Parker Are Trying Too Hard

Eva Longoria And Tony Parker Are Trying Too Hard:

"Gosh, ever since the claims made by Alexandra Paressant of Tony Parker cheating
on Eva Longoria, these two have been out together more than they have the whole
time they’ve been married, it seems."

Their relationship seemed so strong, and it looks like it is still strong. Lets hope that it is strong enough to get through this claim. Right now, there is just as much reason to believe it as not too though.
Posted by Unknown at 11:40 AM No comments:

"“I think my life is different now, and it’s changed, and I’m growing up,”
Lohan, 21, told the morning hosts at Mix 94.1 FM– which just happens to be
giving away tickets to people who get celebs to call in.
“It was time to grow up. I’ve gone through a lot, and I’m just a different person now,” said
Lohan, later saying, “It’s amazing, everything’s going so well.”"

I really hope so Linds, you got so much more going for you than Britney, don't take that same path.
Posted by Unknown at 11:33 AM No comments: 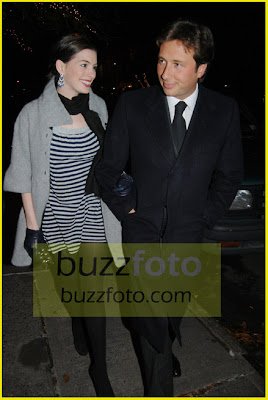 Buzz Foto LLC - Paparazzi Is An Art Form!: "More Stars Shinng at Waverly Inn"
Posted by Unknown at 11:29 AM No comments:

Posted by Unknown at 2:07 AM No comments:

Posted by Unknown at 2:02 AM No comments:

Posted by Unknown at 2:00 AM No comments: