DEFAMER
Hollywood MonkeyWatch: One Monkey, So Many Questions
The Boy Who Slayed 'Idol?': A Sanjayamania Round-Up
Kevin Costner Sues Promoter For Failing To Make World Care About His Shitty Band
Today In Second-Hand Office Furnishings Once Touched By Lovable Famous People
A Grateful Halle Berry Invites Her Fans To Get All Up Inside Her On Her Special Day
Short Ends: Keith Richards: 'I Did Not Snort My Father'

GOSSIP OR TRUTH
Jordan is fugly and pregs
JLO could never be a size zero, really!

BEST WEEK EVER
Britney Spears Currently Making Out With Crappy Singer/Songwriter
GAMES: 5 Minutes To Kill Yourself
Is Lindsay Lohan the Next Princess Di?

POP SUGAR
Jennifer Garner's Mommy Break
What Sequel Are You Most Excited For?
Naomi and Liev to Tie the Knot?
Ashley Puts in The Long Hours at the Office
Mischa Celebrates Easter! At a Nightclub...
Jen and Violet Slip Sliding Away
Lohan Walks Her Puppies!
Mary and Max Sitting in a Tree K-I-S-S-I-N-G
Jessica Catches Up With Her Second Favorite Man
LL Inks Deal with Jill Stuart
American Idol Season 6 "Incredible" Sanjaya
Kirsten Gears Up for Spider-Man 3
America Ferrera Is Far From Ugly
Tobey's Money Motivation
Another New Man for Britney
American Idol Season 6: Goodbye Gina
Kate Moss is So Normal, She's Unrecognizable
Paris Attacked (by Manhattan Mini Storage Ad)
Cameron Can't Stay Away from Hawaii
Lindsay & Hilary Bury the Hatchet to Celebrate Dignity
Sienna and James Stroll, Sienna and Diddy Party
J Lo is a Good Wife, US Citizen
Marky Mark's Marine Training Made Him Tougher
Lindsay is All Hands on the Turntables

JOSSIP
Tabloid Suitors Pissed at Angelina Jolie For 'Going Steady' With People, Refusing to Put Out
It's A Tough Year To Be A Valedictorian With Perfect SAT's And An Impeccable GPA
Sean Lennon Isn't Paul McCartney's Little Girl Anymore
Rita Cosby Talks About Her Unique Brand Of Journalism
law-order-announces-plans-for-completely-fictional-anna-nicole-smith-episode
Breaking: Shots Fired At CNN Center In Atlanta, Ted Turner Claims He Has An 'Airtight Alibi'
Miles And Soledad O'Brien Booted From Anchoring CNN's American Morning; Duo Will Reportedly Stay On As Correspondents Until 'Something Better' Comes Along
Open Apology To Maria Bartiromo
Jane Pratt Denies Bringing Up Drew Barrymore Sex Thing

MARKET WATCH
How to win over landlords even with pets or shaky rental record
Jobs report to set weak tone for U.S. shares next week
Corporate profits, prospects dictate unique index fund's strategy
Citi may buy Indian hedge fund to hire director: report
Bush again threatens to veto war-spending bills
Radio address by the President to the nation
Jackson Hewitt begins internal review of fraud allegations
Dollar surges against rival currencies after March jobs report
Grocer Kroger may be buyout target: report
Here's what climate change is really costing us
Google to get boost from changes at Internet traffic monitor
A wave of airline mergers may be on Europe's horizon 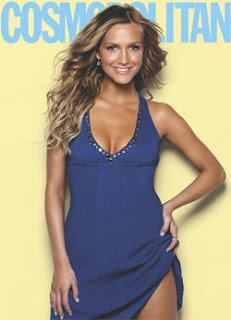 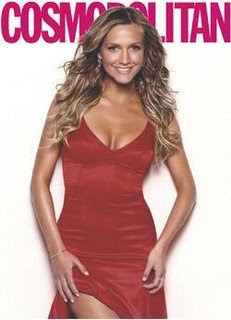 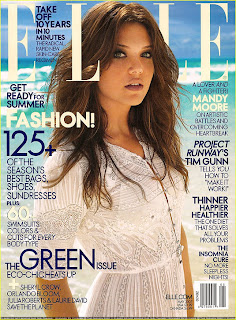 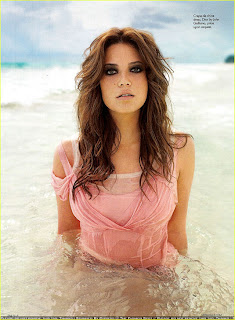 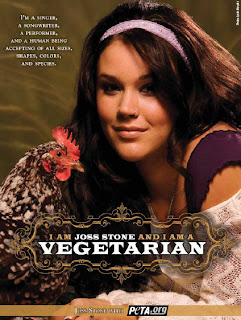 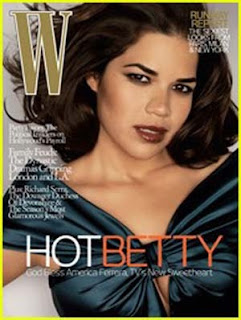 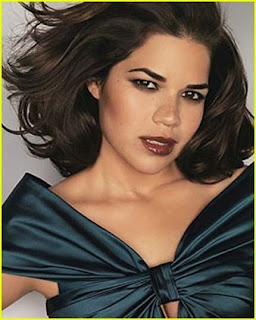 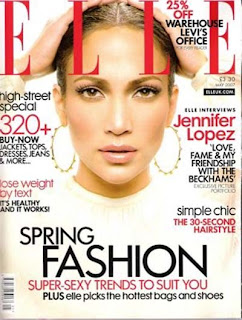 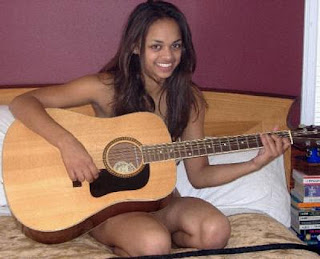 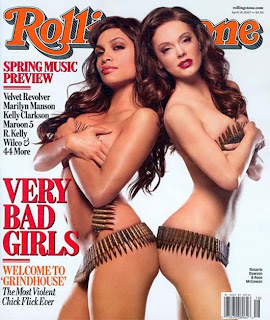 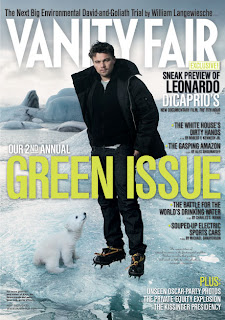 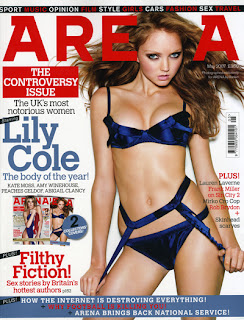 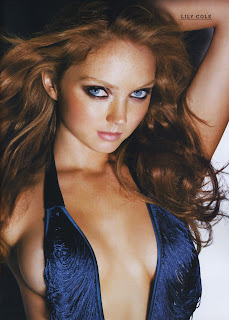 Who is Ann Coulter...

Ann Coulter is a conservative writer and commentator on news shows. She is known mostly for her strong opinions and her strong words voicing those opinions and has been named "Rush Limbaugh in a mini-skirt".

Coulter was born in New York City and moved with her family to Connecticut, her father was a lawyer that Coulter has described as being a union buster. She graduated from Cornell University in 1984 and recieved her law degree from University of Michigan Law School where she was an editor for the Michigan Law Review. In Michigan Coulter founded a local Federalist Society and trained at the National Journalism Center.

After law school she worked as a clerk in the United States Court of Appeal in Kansas. She also worked in the Senate Judiciary Committee when the republicans took control of congress in 1994, where she handled crime and immigration issues for Senator Spencer Abraham. While working for Abraham she was a part of creating a bill that made it easier to deport immigrants who were convicted of felonies. She went on to work with the Center for Individual Rights.

While she in single now, she has been connected to Spin Magazine publisher, Bob Guccione and conservative writer Dinesh D'Souza. She has a place in Manhattan and Palm Beach, Florida where she is registered to vote. She is reported to like "The Grateful Dead", the Bible, Anna Karenina and true crime stories.

Coulter first appeared in the media in 1996 when she was hired by MSNBC as a legal correspondent. She was actually fired from MSNBC twice, the first time for an insult to Pamela Harriman, while MSNBC was covering her memorial. The second was a result of a conversation regarding land-mines, in which Robert Muller - co-founder of the international organization to ban land-mines - stated that 90 percent of the soldiers in Vietnam were killed by our own land-mines. Coulter responded by saying, "no wonder you guys lost". Her being fired though, freed her to work with CNN and Fox News Network.

She has appeared in three films, "FahrenHYPE 9/11", a rebuke to Micheal Moore's "Fahrenheit 9/11", "Feeding the Beast", a documentary on the 24-Hour news cycle and "Is It True What They Say About Ann?" She is a frequent guest on radio shows such as Sean Hannity's, Rush Limbaugh's and Mike Gallagher's.

She has published a number of books, her latest book "Goddless:The Church of Liberalism", debuted at number one on the New York Times best sellers list. In it she talks about how Liberals are against the church, while holding all the qualities of being a religion themselves. She has another book due to be released in 2007, "If Democrats had any brains, they would be republican".

Her column which is publish by United Press Syndicate is published in a number of news papers across the country, at a number of conservative news sites on the internet and at her own internet site. She is said to have a strongly loyal conservative base of readers, which is why many papers run her column.

She has not been loved by everyone though, she had a dispute with the editors of National Review Online over and article she had written after the Sept. 11th attacks, in which she was asked to make changes. USA Today refused to print her coverage of the Democratic Convention in Boston after she referred to it as the spawn of Satan and described some of the womyn present as being, "corn-fed, no make-up, natural fiber, no-bra needing, sandal-wearing, hirsute, somewhat fragrant hippie chick pie wagons." She was also dropped by the Arizona Daily Star, after it said they had received complaints about her style and her tone. She most recently made headline for calling John Edwards a fagot, in the wake of which it was reported a number of papers dropped her column.

Coulter has taken a number of roles in public life, from assisting the lawyers of Paula Jones in her lawsuit against President Clinton. She was strongly against a settlement in the case, believing that the case was strong and a settlement would lead to the suggestion that it was based on getting money for Jones. She thought about running as a candidate for congress for the Libertarian party in Connecticut in 2000, to act as a spoiler to republican candidate Christopher Shays. She wanted to punish Shays for voting against the impeachment of President Bill Clinton.

She may be best known for her comment on the widows of 9/11:

These broads are millionaires, lionized on TV and in articles about them, reveling in their status as celebrities and stalked by grief-arazzis. These self-obsessed women seemed genuinely unaware that 9/11 was an attack on our nation and acted as if the terrorist attacks happened only to them. ... I've never seen people enjoying their husbands' deaths so much ... the Democrat ratpack gals endorsed John Kerry for president ... cutting campaign commercials... how do we know their husbands weren't planning to divorce these harpies? Now that their shelf life is dwindling, they'd better hurry up and appear in Playboy.
Source

Posted by Unknown at 8:44 PM No comments:

Email ThisBlogThis!Share to TwitterShare to FacebookShare to Pinterest
Labels: Ann Coulter, Politics, Who Is

Posted by Unknown at 8:37 PM No comments: