Yesterday was four years since George W. Bush stood up and said that the war was over. In a move that surely even he wishes he hadn't made now, he proclaimed that the military activities of Iraq were over. He declared that America and its allies had been successful in their campaign to liberate Iraq. It is hard to say how much of this is publicity stunt and how much of this is a lack of understanding of the real situation on the ground by Bush and his office. While it was later stated that the banner that read "Mission Accomplished" had been placed by someone outside of the presidents office, the banner itself was not the loudest message proclaiming victory.
Posted by Unknown at 11:52 AM No comments:

Just Because she is so cute... 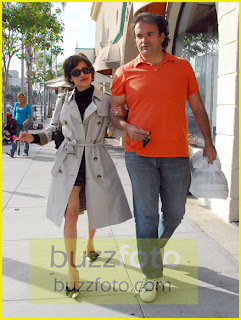 PHOTO SOURCE BUZZ FOTO
Posted by Unknown at 2:59 AM No comments:

"The finding, in the State Department’s annual country report on terrorism, reflects growing fears on both sides of the Atlantic about radicalised young British Muslims. British intelligence chiefs have confirmed to The Times that they are worried by the prospect of the next attack in America being committed by a British citizen arriving without hindrance in the US on the visa waiver programme. They are liaising closely with the FBI to identify possible suspects. "

This is where racial profiling falls apart. The terrorists, if they are not completely stupid will not be sending the brothers of the 9-11 attackers to do the next attacker. The terror attack in the UK was done by its own citizens, which means two things that are scary. One is that they could easily plan and carry out attacks against America. Second, I see no reason to think that what could happen in the UK couldn't happen here, we could also be attacked by our own citizens. I have long thought that the next attack was going to be by someone from New Orleans.
Posted by Unknown at 2:57 AM No comments:

Now the two sides are going to sit down and talk. I blame the Democrats for this pointless exercise and waste of time. If it is true as it has been suggested that this whole bill was just a way to set themselves up for the election in 2008, it is deplorable. We are talking about soldiers in the field who are fighting and dying, this is not something that should either be blindly passed or turned into a battering ram for the Democratic party. I think that both parties need to stop fucking around and get some real work done.
Posted by Unknown at 2:52 AM No comments:

"'How many Asian heroes have you seen? If you watch just a few minutes of television, Prison Break, Lost, and 24 all have Asian villains.' To Eng, the Virginia Tech shootings were a victory for Asians in America."

Kenneth Eng, who made a splash with a column in an Asian newspaper recently titled, "Why I hate Black People", is showing himself to be not only racist - but a media whore. In talks with The Village Voice, he takes credit for the idea of a mass killing, similar to what happened at Virgina Tech. I don't know what it worse, that he is saying this hateful stuff- or that anyone is paying attention to him. (Yes I know that means me too).
Posted by Unknown at 2:48 AM No comments:

While everyone thought that the best news coming out of "The View" this week was that Rosie was leaving, it turns out there is even better news. I know that I am acting slow on this news, so it may not be news to you. Elisabeth has announced that she is pregnant with another child. Elisabeth Hasselbeck, wife of Tim Hasselbeck a pro football player, may seem stupid to some. She has however shown some football strength of her own in opposition to O'Donnell. Good luck Lizzie.
Posted by Unknown at 2:44 AM No comments:

Email ThisBlogThis!Share to TwitterShare to FacebookShare to Pinterest
Labels: Gossip, The View

"The thing about the press and why they need to leave me the [bleep] alone for a
little bit is because I don't want that distraction from my work. I want to get
a nomination. I want to win an Oscar. I want to be known for more than, like,
going out. For being 'the party girl.' I hate that. I bust my [bleep] when I'm
filming, and when I gave time off, yeah, I like to go out and dance.'"

Lohan hates the photographers, well when she doesn't love them anyway.
Posted by Unknown at 2:40 AM No comments:

Could it be true that someone in the highly ethical field of Tabloid Journalism would befriend a person solely for the information that they could use for stories. That's almost as crazy as business anchors sleeping with CEOs to get stories about their companies.
Posted by Unknown at 2:38 AM No comments:

Would you quit a job that was paying you $5 million?

Bundchen has reportedly quit her job with Victoria Secret over their refusal to raise her annual salary from $5 million. A source tells the Brazilian website Glamurana, "Her demands were outrageous. She got a new lawyer who was unrealistic.Victoria's Secret doesn't care. They have five new hotter, younger girls debuting next year. And they won't have to deal with any craziness."

While a representative for Victoria Secret would not comment, Bundchen's sister confirms that the contract has ended.
Posted by Unknown at 2:36 AM No comments:

Spiderman on The Daily Show

Posted by Unknown at 2:25 AM No comments:

Posted by Unknown at 2:21 AM No comments:

Posted by Unknown at 2:18 AM No comments:

Cable Quotables: No Matter How Many Indians Richard Gere Pisses Off, He'll Always Be Known As 'The Gerbil Guy' / Jossip

Cable Quotables: No Matter How Many Indians Richard Gere Pisses Off, He'll Always Be Known As 'The Gerbil Guy' / Jossip:

"“Yes, imagine if they had caught him with the gerbil.” Michael Musto,
pondering Richard Gere's fate if he returns to India, Countdown, April 27"

A father and son team have deciphered a 600-year-old code... (kottke.org)

A father and son team have deciphered a 600-year-old code... (kottke.org):

"A father and son team have deciphered a 600-year-old code hidden in a
church featured in The Da Vinci Code. 'The music has been frozen in time by
symbolism. It was only a matter of time before the symbolism began to thaw out
and begin to make sense to scientific and musical perception.' Whoa, that's bad
enough to be worthy of Dan Brown himself."

Posted by Unknown at 2:15 AM No comments:

Posted by Unknown at 2:13 AM No comments:

Posted by Unknown at 2:07 AM No comments:

McCain said this about Haiti, and now he supports the president. What I hate from both parties is this trend to accept a crime by a member of your own party, but not anothers party.
Posted by Unknown at 2:06 AM No comments:

Life must be hard for a republican candidate. I think that the republican party is now where the Democratic party was in 1996. Defeated and unsure about where they made the mistake. With an unpopular president in office, and uncertain about the future of the party they have little that is going to hold them together as they move towards 2008. Looking at the Field of candidate for 2008 is a clear example of this dilemma. The Democrats made a mistake in becoming the party of against, and while it has gained them this election it will fail in the long run. I am not saying that Democratic values are failures, but like revolutionaries, you can only be against the power - until you are the power, then you have to act. If they do not find action and purpose that brings them together as a party they will fail.

My real fear is that we are falling into a cycle of power. One party will rule, and in the process of that rule power will be abused and rules will be broken. The party out of power will rally the public against the party in power and win power for themselves. That party quickly takes on the same abuses and violations of the party that was thrown out. The out party then uses the same campaign against abuse to gain power back, which they in turn abuse.
Posted by Unknown at 2:03 AM No comments:

Chicago May 1st March/Rally -- The Goons!

This is not a debate, this helps no one. What we need is discussion, the protestors in this video are examples of hate just as much as what they claim they protest to be.

Posted by Unknown at 1:56 AM No comments:

Get this. Bush warns that DEMOCRATS could turn Iraq into chaotic breeding ground for terrorists. - AMERICAblog: A great nation deserves the truth

Get this. Bush warns that DEMOCRATS could turn Iraq into chaotic breeding ground for terrorists. - AMERICAblog: A great nation deserves the truth

I find it hard to believe that anyone would listen to a line of logic like this for more than two seconds.

Hours before vetoing a war spending bill, President Bush said Tuesday that
Democrats who made the legislation a showdown over withdrawing U.S. troops could
turn Iraq into a terror-spreading "cauldron of chaos" with their approach.

I think there is plenty of room for debate about the paths that we should take in Iraq, and I do not stand with the democrats on this at a number of points. However to claim that they are making a country that has been in choas for the last four years, and a training ground for terror worse is a sham.
Posted by Unknown at 1:54 AM No comments:

If you are a photographer and you hope to make your money off a Britney style picture of Joss Stone's crotch, prepare to be hurt. Stone told CNN.com that we should not be angry at Spears for her choice to not wear underwear. We should however be angry at the photographer that took the picture and the ones that posted it all over the internet. While I don't really know who this person is, or why CNN is interviewing her, I think she has a solid point. I think that our society could use a little more decency.

Stone goes on to suggest that if someone were to attempt to push a camera up her skirt, that she would knock them on their ass in about five seconds. This is where she loses me a little, from the couple pictures I have seen of Britney, it isn't an issue of a camera being placed up her skirt. The pictures are of a clear shot of Miss Spears private parts that anyone could have seen.
Posted by Unknown at 1:50 AM 1 comment:

Nice Guys Finish Last? Not with me!