Kristen Bell Likes to Be Nude Allie Is Wired - The Entertainment Blog:

"The other hot blonde girl on “Heroes” enjoys a good bit of nudity. Kristen,
stone cold sober, would streak through the lobby of New York’s Minskoff Theater.
The same theater used to house the screaming tweens during the filming of
“TRL.”"

Happy Birthday sexy... You Rock.
Posted by Unknown at 11:55 PM No comments:

» Joran Van der Sloot Arrested for the Murder of Natalee Holloway Bitten and Bound: The Not So Pretty Side of Hollywood

» Joran Van der Sloot Arrested for the Murder of Natalee Holloway Bitten and Bound: The Not So Pretty Side of Hollywood:

"Joran Van der Sloot and two other previously detained suspects in the
disappearance of Natalee Holloway have been arrested. Van der Sloot was picked
up in the Netherlands where he is attending university and brothers Satish and
Deepak Kalpoe in Aruba."

Could there actually be justice for Natalee... I hope so, I hope this is the right person.
Posted by Unknown at 11:52 PM No comments:

Will Smith Admits Being Scientologist--Bumpshack.com

Will Smith Admits Being Scientologist--Bumpshack.com:

"For a long time, Smith has denied joining the Church of Scientology with
his wife, Jada Pinkett Smith, explaining that it would go against the beliefs of
his late grandmother. But for some time, insiders in Hollywood have insisted the
Smiths were, indeed, brought in by Cruise.Smith concedes that his kids are being
home-schooled, just as are those of Cruise, Travolta and other
Scientologists." 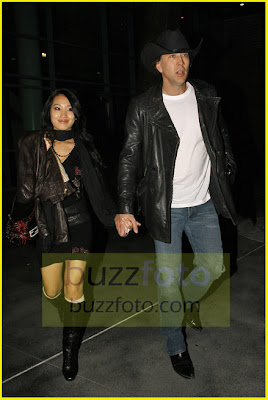 Buzz Foto LLC - Paparazzi Is An Art Form!: "This Foto Is Going Places!"

"The Tampa Tribune reported a letter was sent to Bollea informing him
Monday of the one-year suspension. He also received a letter telling him he has
to pay a fine for driving 106 mph during the crash, if we wants to prevent his
license from being suspended indefinitely. The amount of the fine was not
known."

He's not the one that will need nursing care for the rest of their lives, that would be his friend. I hope the Hogans are paying for his care.
Posted by Unknown at 11:49 PM No comments:

"Over at Postsecret, the leading online repository of anonymous confessions, a
writer reveals that he or she welcomes the forced respite the strike provides
from having to churn out crap that pays the bills. "

The secret behind the strike...
Posted by Unknown at 11:47 PM No comments: 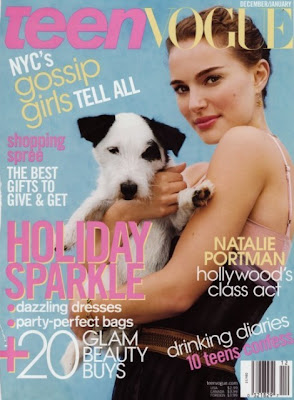 "After trips to Moscow, Tokyo, Seoul,and after attending her dear
friend Nicole’s baby shower, Paris Hilton has made her way out of the country
once more. This time, the hotel heiress has headed off to Shanghai for the first
time to attend Friday’s 2007 MTV Awards and Style Gala at the Shanghai Grand
Stage. "

"Due to her continued erratic behavior and blatant disregard for court orders,
Britney Spears' family is prepared to stage another intervention in hopes they
can convince Britney to return to rehab and save herself. With her kids already
writing Kevin Federline's house on their change of address forms, the family
believes this will allow Britney to accept long-term professional care."

Will she shave her head again?
Posted by Unknown at 11:44 PM No comments:

Celebrity news and entertainment from In Touch Weekly

Celebrity news and entertainment from In Touch Weekly:

"Since leaving rehab, Lindsay Lohan has been easing back into the Hollywood
scene, but it seems that her fast-paced lifestyle might be too much for her
laid-back boyfriend, Riley Giles. 'Lindsay is so hectic and demanding,' says a
friend. 'She and Riley have been fighting a lot and I think that both of them
are getting annoyed.' Now that she's plunged straight back into the life of an
A-list star, Riley is startled by her change in personality. 'When he comes to
visit Lindsay, it's always mayhem,' says the friend. 'He hates the spotlight,
but she loves the attention.'"

I don't give the relationship long, rehab relationships just don't work. Lets hope that rehab did work for Lindsay though.
Posted by Unknown at 11:43 PM No comments:

Anniversaries: At Six Months, Jezebel Is Up & Crawling

Anniversaries: At Six Months, Jezebel Is Up & Crawling:

"On May 21st of this year, three really excited, anxious and tired young women
took a deep breath, said 'good luck' to one another, instructed a techie to a
flip a switch and Jezebel was 'born'. Not much has changed in the ensuing six
months: We're still anxious and excited, and we're still really fucking tired,
although there are twice as many of us now -- Dodai! Slut Machine! Jessica! --
and we laugh a hell of a lot more than we used to. "

Happy Anniversary...
Posted by Unknown at 11:41 PM No comments:

It would be cute to see them together again.
Posted by Unknown at 11:39 PM No comments:

"“I feel like I found love and right now don’t feel like doing another season,”
Tequila told TV Guide in the magazine’s December 2 issue. “If this relationship
doesn’t work out, then I’ll definitely go back and look for love again. But
right now I’m happy where I am, sitting in my sweatpants and looking at the sun
outside.”"

I really wish the best for anyone who thinks that they have found love.
Posted by Unknown at 11:35 PM No comments:

"Now that Sophie Anderton has been caught on camera offering to trade
penetration of her vagina for $20,000, the British model is afraid that her
career may be in danger."

This isn't Kate Moss, but it is another scandal of a drug using model.
Posted by Unknown at 11:33 PM No comments:

"We'd spent all morning wondering what could have prompted Britney Spears
to run another red light to get to Mirabelle last night - well, Life & Style
may have the answer! According to the magazine, earlier this month Britney
stopped by the restaurant for lunch and 'instantly fell for Michael Marchand',
an actor employed by the restaurant as a waiter. Since then, the mag reports
that 'they're always texting each other' - and that they've had at least one
date at Britney's mansion! Although L&S doesn't pin down the date of their
first meeting, X17 was there when the Queen B stopped by Mirabelle after some
chandelier shopping on November 6th. Might that have been the night they
met?"

I think something should be done, but I don't know if this is the right thing.
Posted by Unknown at 11:29 PM No comments:

What's got China so uptight?
Posted by Unknown at 11:28 PM No comments:

"Drew Peterson, the former police sergeant who is suspected in the disappearance
of his fourth wife and possibly the murder of his third, had yet another fiancee
who now says he stalked her and arrested her on false charges. "

Drew Peterson is starting to look like a real stand up loser...
Posted by Unknown at 11:25 PM No comments:

"BOLINGBROOK, Ill. (AP) — Bolingbrook's police and fire commission has accepted
the resignation of former sergeant Drew Peterson, a suspect in his wife's
disappearance."

How long do they let murder suspects go on working for the police department?
Posted by Unknown at 11:24 PM No comments:

Posted by Unknown at 1:08 AM No comments: