Posted by Unknown at 2:24 PM No comments:

Posted by Unknown at 2:22 PM No comments:

Back to the Bottle: Britney Spears Boozing Again - The Hollywood Gossip

Back to the Bottle: Britney Spears Boozing Again - The Hollywood Gossip:

"The “singer,” who has repeatedly denied having a problem with alcohol
(which is like Jill Nicolini denying being nude) was seen throwing back rounds
of cocktails on June 15.
This, less than 90 days after leaving rehab.
Britney Spears, 25, hit West Hollywood hot spot Lola’s and hung out with
four pals at a private table on the bar’s back patio."

Sadly it looks like Britney is failing to understand the problem she appears to have with drinking, and is not taking serious steps to change her habits. Even after watching the problems that Paris, Nicole and Lindsay have had with the law, she is out at parties. We can only hope that her children will not be hurt before she takes the steps to change.
Posted by Unknown at 2:15 PM No comments:

"In a 30 minute interview Ralph Nader hinted that he is really considering
running for president in 2008. Nader believes that the two parties are not
getting to the key issues during their debates: 'You know the two parties are
still converging -- they don't even debate the military budget anymore…I really
think there needs to be more competition from outside the two parties.'"

Nader AGAIN??? Please god let this not be true, I would rather watch a Tyra Banks sex tape than another presidential bid by Ralph Nader. Listen to him talk about how Bush and the Republicans and the Democrats are the same. This is the clearest election in recent memory, the parties are farther apart on key issues than they have ever been. Of course there are issues where they are in agreement, but that does not mean that they are as similar as Nader has tried to make us believe.
Posted by Unknown at 2:00 PM 1 comment:

Drew Carey is latest contender for The Price is Right - TV Squad:

"Drew Carey is the latest name to be mentioned for hosting The Price is
Right, according to Variety. Apparently CBS and FremantleMedia North America
have already spoken to Carey about the gig. Carey is already in a relationship
with CBS as he is hosting the game show, Power of 10, which premieres in August.
"

I think the Carey could be exactly the right person for the show. The show needs someone who is going to bring new energy and a new audience in order for it to thrive in the shadow of Barkers exit.
Posted by Unknown at 1:55 PM No comments:

"John Travolta firmly believes that it was his famous White House dance with
Princess Diana that re-launched his career, which had been languishing."

So that's who's to blame for his career, maybe all the good she did was an attempt to make up for releasing Travolta onto the world.
Posted by Unknown at 1:50 PM No comments: 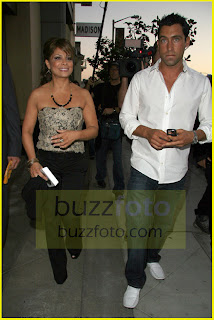 Buzz Foto LLC - Paparazzi Is An Art Form!: "PAULA ABDUL and Her New Man!!!"
Posted by Unknown at 1:40 PM No comments:

"Attorney Sara Caplan could still be held in contempt of court for refusing to
testify about Dr. Henry Lee's actions back in 2003 at the scene of Lana
Clarkson's death, Los Angeles Superior Court Judge Larry Paul Fidler said
Thursday during a hearing held without the jury present.
Caplan, who was
working with famed defense attorney Robert Shapiro at the time, testified last
month during an evidentiary hearing that she observed Lee, a veteran forensics
expert, pick up a small, white object with rough edges in the hallway of
Spector's Alhamba mansion on Feb. 4, 2003, the day after Clarkson died from a
gunshot wound through her mouth."

The question seems to be focused on weather Dr. Lee had picked up evidence that pointed towards the guilt of Spector. The prosecution claims that what was picked up was a piece of Clarkson nail, which would show that her hand was in front of her face when she was shot.
Posted by Unknown at 1:39 PM No comments: 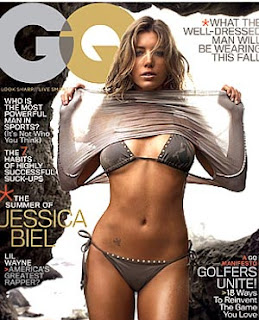 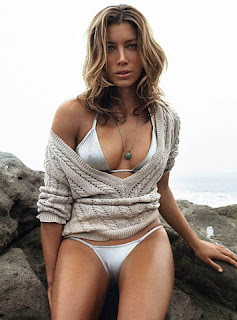 A Socialite's Life: Reese And Jake Might Be Over

"'She has either called it off or is just taking a break,' says a Witherspoon
source.
The hitch? If may have been too much, too soon for the actress, 31,
still smarting from her divorce.
'She cares for Jake, but the timing is
crappy,' says the insider. 'She doesn't have enough emotional space for him
right now.' "

The fling is over for the very reasons that I predicted that it would end. If they can remain friends, they can continue to support each other. Relationships that begin right after a divorce just don't work.
Posted by Unknown at 1:28 PM No comments:

"Ozzy said: 'Paris was always hanging around our house. I'm not sure if she was
a friend of KELLY or AMY -- which one was it, Sharon?'
Sharon looked a bit
sheepish and stumbled over her words as she replied: 'She was Jack's, erm,
friend.' Ozzy's jaw dropped and he exclaimed: 'He didn't shag her, did he? Well
done, my son!'"

While everyone is making this out that Paris and Jack had sex, it isn't clear from this that they did. Those of course who believe that Paris is a slut will take the fact that the two spent time together, as evidence of them having sex. I am not going to jump to conclusions, they could have very well been friends and not had sex.
Posted by Unknown at 1:22 PM No comments:

"If the rumors swirling around are true, Suri Cruise will have a little brother
or sister before long.
Hollywood actress Katie Holmes is reportedly
expecting her second child with Tom Cruise. "

For some reason there are these baby rumors going around about almost anyone. I don't think I will believe any of them until they are clearly true. In Katie's case, I haven't seen anything that shows me that she is pregnant. It would be good to see the family grow, maybe a bigger family will keep Tom busy, and he will have less time to be crazy. That way Jon Travolta can step up to the plate and be crazy.
Posted by Unknown at 1:11 PM No comments:

"Reportedly, someone is set to release an intimate video of Tyra Banks and
an Italian guy getting down and dirty in front of the small screen. Sources say,
the video is grainy and you can hear the two of them talking to each other -
among other things."

Please god say it isn't true, I don't think anyone wants to see that.
Posted by Unknown at 1:05 PM No comments:

Vanessa Minnillo to get reality show? - The Superficial - www.thesuperficial.com

Vanessa Minnillo to get reality show? - The Superficial - www.thesuperficial.com:

"'The show would just follow her around in her day,' a source says, adding
wryly, 'She really wants to be famous.'"

While this could be a fun show, and it will promote Vanessa in the public eye, I wonder how Nick feels about this. He has already had one relationship that has failed due at least in part to a reality show.
Posted by Unknown at 1:03 PM No comments:

celebrity nation: Rumer Willis to team up with dad on set

celebrity nation: Rumer Willis to team up with dad on set:

"Celebrity offspring Rumer Willis has been cast opposite dad Bruce in the
upcoming dark comedy The Sophomore. Fellow young Hollywood fav Mischa Barton
will play a popular Catholic high school girl who persuades a sophomore reporter
to investigate the theft of SAT exams, which eventually reveals a more sinister
conspiracy. "

Now we will be able to see if she has gotten any acting talent from her mom Demi, or her father Bruce.
Posted by Unknown at 12:59 PM No comments:

"A close friend of Lohan said, 'She is staying in Promises for longer than a
month. We don't know how much longer because of her work schedule, but she is
taking rehab very seriously this time and not messing around.'"

I hope this is an indication that she is taking this change in her life more serious than her last visit to rehab, and more serious than Britney has. I think that if Lindsay comes out of rehab strong she could turn her life, and her career around. I think that she needs to find a new group of friends to hang out with, I would suggest she could become good friends with Drew Barrymore.
Posted by Unknown at 12:54 PM No comments:

"Nicole Richie's lawyer appeared in court today to announce that the
Simple Life star hopes to beat her DUI charges. Richie confessed to smoking pot
and taking Vicodin before her arrest last December for driving the wrong way on
an LA freeway. With a prior DUI, the skinny starlet faces a minimum of 5 days in
jail if convicted. A trial date was set for July 11."

There are reasons that celebs should get harsher treatment than others. The major one being that they set either a positive example or a negative example for other young womyn. I think that if the justice system fails to make a point of the seriousness of the crimes with these starletts, they fail to impress on a large population of young people the dangers of these actions.
Posted by Unknown at 12:50 PM No comments:

"Angelina Jolie says there is a chance that she and estranged father Jon Voight
will try to talk again and work their differences out. Jolie and Voight have not
been speaking since a 2002 interview where he 'insinuated she was unbalanced.' "

This is good news for the kids and for Angelina. It would be great to see them patch up their problems.
Posted by Unknown at 12:46 PM No comments:

"i don’t understand the idea of writing an open letter to someone via a
gossip website…. it was weird when she knew the person- though- i’m not sure if
it’s stranger to write an open letter to someone you know- or someone you don’t
know- either way it’s insane! that would be like sending your father a father’s
day card through your local newspaper… i don’t get it…. although it is nice to
see old people using modern technology- on second thought she probably has some
underpaid and overworked young girl taking dictation. "

While she has a good point here that no one really cares what Candy thinks about anything, I am surprised she would need someone to explain the motivation of the letters to her. Samantha is after all the person who worked with photographers to help them get pictures of her friend Lindsay passed out drunk.
Posted by Unknown at 12:33 PM No comments: