"But of course appropriators are not bound by thisdirection: authorized doesn't
mean funded. A serious enforcement bill would have authorized an increase of up
to 14,000 in fiscal year '07 and beyond, and laid down a real trigger of funded
and deployed at some level telegraphing seriousness of purpose."

This is a key point in the weakness of this bill. It is based on actions that are authorized to be taken in the future. The problem is that there is no reason we should trust that these actions will be taken. There is no money set aside for these actions in the bill, which undermines that they will be taken. My fear is that this bill will make the public believe that action has been taken to solve the problem, when the action has been postponed and a new problem was created. Congress does not need to fund these actions in the future and I would be willing to bet that if the public loses interest in immigration the funds will flow to areas that will get more attention.
Posted by Unknown at 11:47 PM No comments:

"Translation: Except for those illegal aliens qualifying under Section 601(h),
no illegal aliens can obtain new status until the Secretary of Homeland Security
sends the president and Congress a letter saying all triggers have been met.
The proposed bill goes on to detail the triggers which include the hiring of
Border Patrol agents until 18,000 are on staff, the construction of at least 200
miles of vehicular barriers and 360 miles of fencing, the end of 'catch and
return,' the establishment and use of new enforcement tools designed to keep
illegals from working, and the processing of applications of aliens for Z
status."

While this sounds good on the face of it that no action would be taken on the status of immigrants already in the country until key changes are made. The truth of the matter is that the gateway that is described here to sound like a garden gate that will allow a few to be given an accepted status before the triggers are met is actually a gap that will undermine the triggers and any move to take action on them. While those who are given an accepted status under this bill will not be given citizenship until the triggers are met. With little political motivation to attain the goals it will take years for them to be met, if they are ever met. During that time this group is neither legal or illegal, a limbo that only grants them the right to stay and little other rights, becoming an underclass by definition.

I think this is a weak bill and should not pass. Either you give them the rights of citizens, which they have not earned, or send them home.
Posted by Unknown at 11:34 PM No comments:

This Round Goes To President Carter [Oliver Willis: Like Kryptonite To Stupid]

This Round Goes To President Carter [Oliver Willis: Like Kryptonite To Stupid]:

"The White House on Sunday fired back at former President Jimmy Carter, calling
him 'increasingly irrelevant' a day after Carter described George W. Bush's
presidency as the worst in history in international relations."

I think this whole spat is immature and distasteful for all those involved. I think it should be above the dignity of a former president to make attacks of this nature against a current president.
Posted by Unknown at 11:10 PM No comments:

Posted by Unknown at 9:47 PM No comments:

When Buying Organic, Look for 9

Posted by Unknown at 8:51 PM No comments:

Posted by Unknown at 8:32 PM No comments: 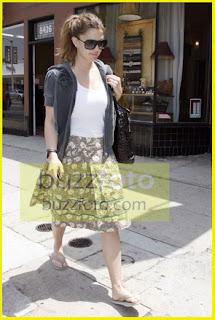 Buzz Foto LLC - Paparazzi Is An Art Form!
Posted by Unknown at 12:54 AM No comments:

Leftwing Blogosphere Desperately Grasps At Yet Another Impeachment Straw | NewsBusters.org

Leftwing Blogosphere Desperately Grasps At Yet Another Impeachment Straw NewsBusters.org:

"As the clock ticks down on the Bush administration, the leftwing
blogosphere is becoming ever more infected with impeachment fever to often
comedic effect. In just the past week there have been almost 5 dozen Daily Kos
threads on the topic of impeachment alone."

I think the best thing that the opponents of the president could be doing right now, is looking towards the future. Bush has fallen from power, with is party now a minority in Congress. Even in his own party he is becoming less important as the party looks to 2008.

The Democrats and other left wing groups should really be doing the same thing. To continue this attack is to kick a man while he is down and is just wrong. If the left wants to show it has something to run on than hatred, it needs to stop the attacks and start creating choices that the public can vote for in 2008.
Posted by Unknown at 12:46 AM No comments:

"Rev. Al Sharpton showed up to debate May 15 on the CNN Headline News program
“Showbiz Tonight.” But he didn’t say a single word against Opie and Anthony or
one word in defense of Condi Rice. He insisted that the Imus gaffe was much more
offensive! "

The President of Black People thinks its okay to talk about raping womyn, who are black if they happen to be conservative and work for the White House. If this does not show the depths of Sharpton's lack of real concern about the political issues he trumpets, I don't know what does. Sharpton is a political demagogue, and his existence is founded on that and nothing else.
Posted by Unknown at 12:41 AM No comments:

WHAT I MISSED.net: Paris Hilton is No Dummy!

WHAT I MISSED.net: Paris Hilton is No Dummy!:

"For those of you who want to know everything that Paris Hilton goes through
while in jail, you will have your chance. Paris plans to keep a diary of her 23
days in prison. Of course her diary will sell for millions; wouldn't that be
great if she spent the money for something good like helping to stop drunk
driving or maybe donate the money to high schools."

I can't wait to hear all her exciting tales from her prison cell. You know what would be a real bitch, if it turned out this was a secret plot line for "The Simple Life".
Posted by Unknown at 12:38 AM No comments:

"Anne Heche's estranged husband Coley Laffoon has filed court papers questioning
whether Anne is psychologically capable of taking care of their son. He's
requesting custody and $33,000 per month in child support. We're sure Anne's not
happy about that."

Could this be another Hollywood divorce drama ready to burst. I can't wait till the video leaks to the internet of one of the behaving badly with the children.
Posted by Unknown at 12:36 AM No comments:

Allie Is Wired - The Entertainment Blog: Amy Winehouse Got Married!!

Allie Is Wired - The Entertainment Blog: Amy Winehouse Got Married!!:

"Amy Winehouse and fiance Blake Fielder-Civil tied the knot in a private
ceremony at the Marriage License Bureau in downtown Miami this morning."

Congrats to both, here is to a life of happiness.
Posted by Unknown at 12:33 AM No comments:

.
ABC NEWS
10 Tips to Take Camera Phone Pictures
ALLIE IS WIRED
Amy Winehouse Got Married!!
I'M NOT OBSESSED
Vaughniston Planning Chicago Reunion?
Dita Von Teese Out In NYC
Sugar Bits - A Custody Battle for Anne Heche
INTO GOSSIP
Britney Spears Partied With Ryan Phillippe
LIPSTICK
Scarlett Johansson To Play Mary Queen of Scots
Eva Longoria Can’t Make Up Her Mind About Wedding Plans
Alyssa Milano - is she really that buff?
Lindsay Doesn't Know Who Her Friends Are
Those Avril Lavigne topless photos on Blender, yeah, fake.
THE SUPERFICIAL
Pamela Anderson gets booed
TV SQUAD
Has Donald Trump been fired?
No, seriously, do you want to buy that Dukes of Hazzard car?
WHAT I MISSED
Candy Spelling and Joe Francis Exchange Letters
Paris Hilton is No Dummy!
Brad Pitt's New Tat
Posted by Unknown at 12:19 AM No comments: