"Democratic presidential candidate John Edwards on Wednesday encouraged his
supporters to donate to his campaign in response to 'hateful' comments from
conservative author Ann Coulter.
Edwards made his first comments to The
Associated Press in response to Coulter's suggestion that she wished he would be
'killed in a terrorist assassination plot.' His campaign cited her remarks in
two e-mails and a telephone text message to supporters for donations, with the
fundraising deadline on Saturday."

I think there is a level of dishonesty in claiming to not want to hear someone use hateful language, and then making sure everyone hears it when they do as a fund raising tactic. First of all, if you are honestly and deeply offended by the language you would want to silent it, not repeat it. Secondly, if you are using said language to your gain because you are a distant third place presidential candidate trying to get money and attention, then your protests seem hollow. Thirdly, if you are honest about discouraging hateful speech, you should address it where ever it lies, I don't see how attacking the rich for being rich is any different than attacking a christian for being a christian. To single one person out, and target that person, knowing that they will respond with more material for you to use in your run for office, is almost provoking the beast you proclaim to despise.
Posted by Unknown at 1:19 AM No comments: 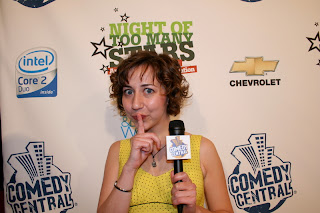 "Lindsay Lohan
stepped out of rehab (again) for some shopping and showing off. The starlet
turns 21 today, but apparently got herself an early birthday present this
weekend. LL has upgraded her BB to the beautiful iPhone. The sleek new it phone is bound to be popular
among the a-list celebs. We have a feeling LL didn't wait in line to get her iPhone."

Happy birthday Lindsay, here is to this year being happier and healthier than last.
Posted by Unknown at 12:48 AM No comments:

"Larry King: We're happy to welcome Paris Hilton to Larry King Live. Good
to have her with us. Her parents have been with us. This is her first appearance
on this show. Why are you doing this interview?

Paris Hilton: I consider
you an icon and I really respect you and it's an honor for me to be here today."

Follow the link for the full transcript.
Posted by Unknown at 12:45 AM No comments: