Why can't we allow some time for people to heal before we turn tragedy into political fodder.

Burn it all to the ground...

Why you wear a seat belt...

In Memory of those that died...

my humps, my dumps

Hold on to your babies...

KT Tunstall - Other Side Of The World

Posted by Unknown at 2:51 PM No comments:

Could the infamous liberal millionaire supporting the genocide in Darfur. While Darfur is the new campaign favorite of the left, Buffett's company could be enabling it. While there has been a push to divest of investments in businesses operating in Sudan, and many have divested. Buffett has resisted the calls for his company to sell holdings that it has in companies doing business in Sudan.
PetroChina, in which Berkshire is heavily invested, is a subsidiary of a state owned company of China which has a strong stake in the oil economy of Sudan. Berkshire owns 3.2 billion shares of the company, which is a subsidiary of China National Petroleum Corp.
China's operations in Sudan have been one of a great importance for both countries. China's growing economy and energy demands has led it into relationships with oil rich African countries. It has done a great deal to support the government in Sudan, which has used the money from selling oil to invest in its military.

The head of the Harvard Corporation, which rarely divests for political reasons explained the reason they choose to make the move. "Although Harvard maintains a strong presumption against the divestment of stock for reasons unrelated to investment purposes, we believe that the case for divestment in this instance is persuasive."

Divestment strategies have been given partial credit for the end of apartheid in South Africa, it hasn't always been a success. Similar attacks against doing business with Israel appears to have had little political success. China is unlikely to divest itself of involvement in Sudan due to the demand for energy, even if Buffett were to divest in China's oil company.

Buffett has defended his investments by saying that the subsidiary that his money is invested has no holdings in Sudan and that a company cannot be held responsible for the choices of its parent company. He adds that the Chinese can't take their assets out of the country because much of it is fixed capital and oil in the ground. While China could sell these items to the Sudanese government, it is questionable that the government could afford them because it is already in debt. Further other countries already invested in Sudan, like India and Malaysia would likely increase their investments.

Opponents say that if China were to divest from Sudan it would take away its economic incentive to continue supporting the government of Sudan.
Posted by Unknown at 12:41 PM No comments:

In a move that is far from shocking, Larry Birkhead is turning his new found fatherly rights into a marketable good. In a deal with OK magazine, the magazine published photos of Birkhead with his daughter Dannielynn for an undisclosed amounts. In the interview, Birkhead talks about what it was the got in between him and Anna Nicole Smith, drugs.
Posted by Unknown at 12:21 PM No comments:

How is the Brangelina relationship doing?

Brad Pitt and Angelina: Happy Together!

Rumors have been spreading that there has been trouble in the relationship between Brad Pitt and Angelina Jolie. In the terms of Brangelina, with a new rumor popping up every day from heroin abuse, adopting more children and alternating discussion of breaking up and getting married, it is hard to know if anything is true. Brad Pitt has told sources that the relationship is sound, and that they are still in love. I myself wonder how any relationship could operate under such intense speculation, and the speculation itself means that any troubles that might exist would be kept from public view as much as possible.
Posted by Unknown at 12:14 PM No comments:

Sanjaya.. Is It Confirmed?!

Wal-Mart of the world Map 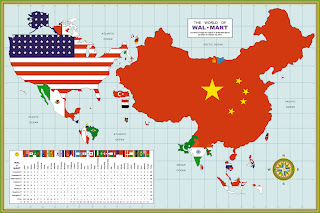 SOURCE
Posted by Unknown at 11:43 AM No comments:

Posted by Unknown at 1:51 AM No comments:

Who is voting for Sanjaya?

Why does Sanjaya reign on 'Idol'? (AP)

I don't understand this Sanjaya craze and why I can't get away from it. Ok, I admit if I really tried I could get away from it. However it has taken over every story in the blogs for weeks now. Weeks in blog terms is like years in old news terms. Does he really have any fans, or is this just one big joke.

I have stated before that I think this is a way of Americans expressing their distaste for the show. However wouldn't it be easier to just shut it off. There is a problem with just shutting it off, everyone is watching it, and if you shut it off you are shutting yourself out. Some have suggested that Howard Stern is behind a push to vote for Sanjaya. This is because of a comment he made on that air saying that he wanted Sanjaya to win. There was the short lived rumor that he had called in some help from Indian call centers. Another theory sets the very contestants of the show against the show. It claims that it is the rejected singers that are voting for Sanjaya as pay back.

He does however have some fans. "I like his hairstyles," a 7-year-old girl from Westborough, Mass. Her mom however tells a different story, saying that her daughter thinks that Sanjaya is cute. However according to Yahoo News, only 17 percent of the audience of American Idol is teen or pre-teen.

Maybe it is a clever ploy by the producers of the show to bring in viewers. Viewers who are so interested in talking about it, they ask presidential candidates about him. Hillary Clinton told a gathering recently that it is just like voting for president, "People can vote for whomever they want". (I will save you the detailed comparison that comes to mind)

Whatever it is that is allowing him to hang on, could it get him to the top of the pile at the end of the day? Could it make him the big winner? I think that honestly what is driving this is a little of all these forces working together. I doubt if Sanjaya wins that he will care that he won at least partly due to the votes of people who hate him.
Posted by Unknown at 1:33 AM No comments: 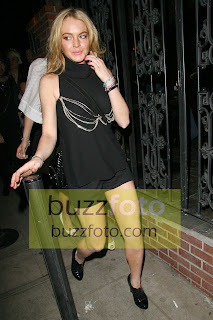 Lindsay Lohan Having A Lesbian Affair

Jonathan Jaxson, a former publicist for Lindsay Lohan is claiming on his blog that Lohan is having an intimate relationship with a womyn in Japan. Lohan who is in Japan, for a fashion shoot is said to be more than just friends with DJ Samantha Ronson, who is with her on the trip.

Jaxson posted the following on his blog, jonathanjaxson.blogspot.com, "Lindsay actually has always been quite open. Maybe she was tired of the boys and that is why she decided to spice it up with BFF (best friend forever) Samantha Ronson."

Jaxson claims that Lohan's same sex relationship has been confirmed by other sources.

Scully Didn't want to be famous....

Gillian Anderson Found X-Files Fame To Be a "Traumatic Experience".

The sexy actress from told Stella magazine that she was on the show because of a contract, not because she wanted to be. This means that thought we believed it to be true, she hadn't always dreamed of having David Duchovny's alien love child. She told the magazine, "I couldn't get out of it. I didn't have a choice. I had to sign a contract for 5 1/2 years before I even went to my first audition - when I didn't know if I'd got the part."
"When I started on 'The X Files'I had no idea what it would involve. When fans used to ask, as they always did, 'Do you believe in aliens?' I literally had no idea what to say. I used to go, 'Um. could you repeat the question?' I found the whole process incredibly traumatic." Further explaining that the fame was difficult for her to handle.
Posted by Unknown at 12:46 AM No comments:

Sanjaya Malakar - You Really Got Me

A flash back to when he made a young girl cry, as opposed to making people cover their ears.

Sanjaya gives us something to talk about...

What do people think about Sanjaya? 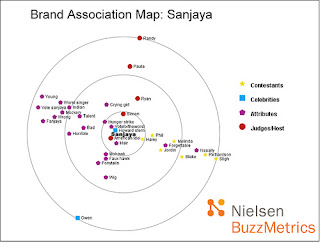 What Do People Really Think of Sanjaya?

Click on the link to see this graphic explained...
Posted by Unknown at 12:32 AM No comments:

Today this blog is two months old. I have been thinking about buying it a present, something along the lines of a new domain name. It already has www.dantenewswire.com , but I think that if I purchased it www.dantenewswire.net , it may draw more traffic. I have also thought of putting out an ad for it.

On a side note, if any of you wish to purchase ad space here on my blog, send me an e-mail. I think we can work out some good terms, you can think of it as your own present to the blog.
Posted by Unknown at 12:28 AM No comments:

Nappy Headed Ho Edition: WHAT DO YOU WANT TO BE?!