Lindsay Lohan Gets Spied On Trying to Be Anonymous

A Socialite's Life: Lindsay Lohan Gets Spied On Trying to Be Anonymous

"Gotta love those paparazzi lurking outside in the bushes--well, I have to,
because they make my job possible--because otherwise, how would we get to know
what our stars are up to 24/7? Hmm? How, I ask you? "

It is good to see that Lindsay appears to be taking the change serious.
Posted by Unknown at 11:58 PM No comments: 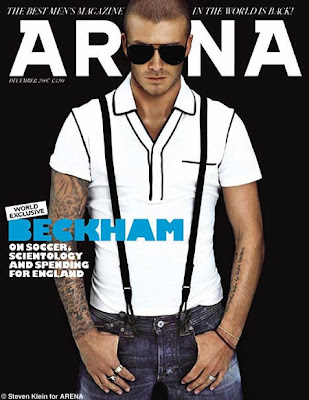 A Socialite's Life
Posted by Unknown at 11:50 PM No comments:

"'The High School Musical star apparently only carries around big bucks
because he had to feed the meter with change borrowed from the paparazzi! Before
leaving, he checked his meter again and flashed a thumbs up to photogs.' "

That's what I would do, why not... they are there all the time and they are making lots of money off those pictures.
Posted by Unknown at 11:47 PM No comments:

"Hania Barton, troubled sister of the former 'O.C.' star, Mischa Barton,
has been hitting Hollywood fashion events three sheets to the wind. First, she
was barred from walking the runway in designer Daniel Darhan's fashion show over
the weekend by the designer himself when she showed up to the event wasted. Most
recently, she was spotted by celebritybabylon.com looking 'out of it' while
attending the Troy Kingdom fashion show at the Hollywood hot spot, Area. "

Mischa's sister is way hotter than she is, it is a shame it looks like Hania is going to be a little trouble maker. While Mischa has steered clear of the path that has led other stars into trouble, Hania seems directed towards it.
Posted by Unknown at 11:44 PM No comments:

"In a shocking world exclusive The ENQUIRER has obtained tapes of two revolting
phone conversations in which Duane 'Dog' Chapman unleashes a filthy bigoted
attack, littered with the N-word and other disgusting racial insults. The star
of the A&E reality show 'Dog, The Bounty Hunter' directed his racist hatred
at his son Tucker's girlfriend Monique Shinnery, who is black. n response to
this story, A&E network has released a statement saying: 'A&E has just
learned of the story released by the National Enquirer concerning Duane Dog
Chapman. We take this matter very seriously. Pending an investigation, we have
suspended production on the series. When the inquiry is concluded we will take
appropriate action.'"

I don't agree with racism, but it is coming close to becoming a thought crime to say things racist. It is just dangerous in my opinion, because the government doesn't have to control freedom, other sources can take away peoples liberty as well.
Posted by Unknown at 11:38 PM No comments: 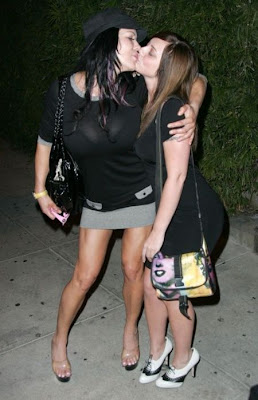 "'We are ecstatic to bring Don Imus back to morning radio,' said 77 WABC
President and General Manager Steve Borneman. 'Don's unique brand of humor,
knowledge of the issues and ability to attract big-name guests is unparalleled.
He is rested, fired up and ready to do great radio.' The acid-tongued
broadcasting icon was fired in April after he called the Rutgers University's
women's basketball team 'nappy-headed hos' on the air, sparking a national furor
and calls by civil rights leaders and broadcast journalists to resign."

Welcome back Imus, you nappy headed ho.
Posted by Unknown at 11:25 PM No comments:

"Mills's latest outburst, on American entertainment show Extra, comes after
she likened herself in a plethora of earlier interviews to Princess Diana and
Kate McCann, and revealed she had considered suicide. The step-daughter: Heather
Mills claims Sir Paul McCartney's daughter Stella was jealous of her and tried
to wreck her marriage to her father The 39-year-old who is locked in an
acrimonious divorce with her multi-millionaire husband, said in a video link-up
from London: 'Every single week Stella tried to break up our marriage. She was
so jealous.'"

I don't really think she has a leg to stand on with claims like this.... get it?
Posted by Unknown at 11:21 PM No comments:

"In any case, I thought you should know that Lance Bass is attempting to help
our fellow pop star, Britney Spears, by giving her some brotherly advice. When
he talked to People magazine yesterday at a book signing for his tome, 'Out of
Sync,' he said that Britney encouraged him to come out of the closet with his
homosexuality and provided him with the emotional support he needed to
eventually do just that. "

It was her support that prompted him to come out as being gay, and it was the fear that all vaginas looked like hers that made him gay to begin with.
Posted by Unknown at 11:12 PM No comments: