.
ALLIE IS WIRED
Paula Abdul Breaks Her Nose
Perez is in Even More Hot Water
BEST WEEK EVER
BWE-xclusive: Most Appropriate Ad Campaign Ever
Watch Stephen Colbert Not Playing Stephen Colbert
CELEB SOURCE
Britney Spends Some Money in Miami
Jess Back in The States — And Back With John?
CELEB NEWS WIRE
John and Jessica Mayer May Not Be Broken Up
Dita Airs Her Meat-a
DEFAMERS
Bravo's Andy Cohen Writes Open Letter Calling For More Candy Spelling Open Letters
Music: Prince To Spend The Summer Trying To Entertain L.A.'s Finest Scenewhores
Pirates Of The Caribbean: Orlando Bloom Hoping To Grow Out Of Elf And Pirate Roles, Perhaps Play Dancing Cat On London Stage
GAWKER
Gossip Roundup: Cannes Overrun By L.A.'s Trashiest
Media Bubble: Conrad Black Even Swears Like Nixon
Naked Anchormen: Anderson Cooper's Sunny New Coop
I DON'T LIKE YOU IN THAT WAY
Lindsay Lohan is an Animal
Britney Spears is in Miami
Angelina Jolie is at Cannes
I'M NOT OBSESSED
The Hottest Couple In Cannes
American Idol’s Contestant Clothes Up For Auction
Nicole Kidman’s Pregnancy Plans
Paul McCartney Is Closer Than Ever To His Kids
INTO GOSSIP
Nick Carter: 'DUI Arrest Taught Me To Be A Good Guy'.
Victoria Beckham 'Very Excited' About L.A. Move
Keira Knightley Would Love To Have Tits
JOSSIP
Jossip Juxtaposition: Anne Heche Suddenly Revealed To Be A Nutjob!
Cable Quotables: ‘America, Fuck Yeah!’
Nancy Grace Is Pleased to Get So Much Attention
POP SUGAR
Kirsten and Johnny Cheer On England & Each Other
H'wood Prom King & Queen Come Out For Mighty Heart
Do You Prefer Beyonce As A Singer Or An Actress?
THE EVIL BEET
Everything Is Right in the World
THE HOLLYWOOD GOSSIP
Jaclyn Nesheiwat Stapp: Scott Flung Orangina Bottle at Me
The Hollywood Gossip Fashion Police: Pull Over, Elisha Cuthbert
Heather Mills Makes Nice with Paul McCartney… for $200 Million
THE SUPERFICIAL
Britney Spears causes mayhem
Sylvester Stallone fined for importing drugs
TV SQUAD
Top 15 best (intentional) uses of profanity on TV - VIDEO
Critic: 24 is anti-family
TV Squad Daily with Brigitte - VIDEO
Homer on Letterman - VIDEO
Posted by Unknown at 11:23 PM No comments: 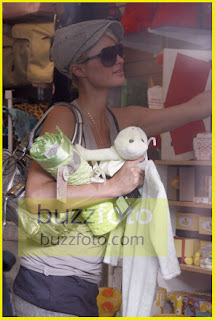 Buzz Foto LLC - Paparazzi Is An Art Form!
Posted by Unknown at 11:17 PM No comments: 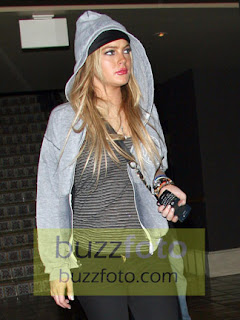 Buzz Foto LLC - Paparazzi Is An Art Form!
Posted by Unknown at 11:17 PM No comments:

GO ELISABETH! She really is getting stronger in debating Rosie, even Barbara comes in with a smack at the end. Rosie needs to stop with the US is a terrorist rant, it is not going to win her any fans.
Posted by Unknown at 1:16 PM No comments:

Crooks and Liars » Lieberman has a job he’s supposed to be doing:

"Just for a moment, put aside all the usual concerns about Sen. Joe Lieberman
(I-Conn.). Forget about his inexplicable position on the war, his triangulation,
his right-wing talking points, his politics of fear, and his inability to stick
to basic principles he claims to hold dear. Forget all of that, at least for a
moment, and consider his leadership as chairman of the Senate Committee on
Government Affairs."

Has Lieberman been failing in his duties? Is he attempting to stay out of the food fight that Washington is descending into to position himself for a future run for the White House? There comes a sad point in the political process where all the trials and all the testimony becomes so much that the mind can't bear it anymore. You pick up the news and you see the words being thrown around and you don't know who to trust anymore. I think sadly more and more Americans are falling into this state. If America is becoming more partisan, it may be that people are finding it harder and harder to get the to the truth in todays political field and have stopped trying. They simply vote on one issue that seems clear to them, and they vote for the party whoes point is clearest and closest to their own. The middle of the road is not only where dead animals are found, it is also where complex ideas die.
Posted by Unknown at 1:27 AM No comments:

"Kirsten Dunst and boyfriend Johnny Borrell are seen here at a cricket match.
Kirsten is definitely into the game. She's so into the game that she's almost
swallowing the photographer with her yawn. Didn't her mother teach her to put
her hand over her mouth while yawning?"

This is a funny picture of Kirsten. Hope she enjoyed the game.
Posted by Unknown at 1:20 AM No comments:

"We Canucks were taking issue with the large liberties Sicko takes with the
facts, with its lavish praise for Canada’s government-funded medicare system
compared with America’s for-profit alternative.While justifiably demonstrating
the evils of an American system where dollars are the major determinant of the
quality of medicare care a person receives, and where restoring a severed finger
could cost an American $60,000 compared to nothing at all for a Canadian, Sicko
makes it seem as if Canada’s socialized medicine is flawless and that Canadians
are satisfied with the status quo.Moore makes the eyebrow-raising assertion that
Canadians live on average three years longer than Americans because of their
superior health care system…Other Canadian journalists spoke of the long wait
times Canadians face for health care, much longer than the few minutes Moore
suggests in Sicko. Moore, who has come under considerable fire for factual
inaccuracies in his films, parried back with more questionable claims.“You’re in
a longer line than we’re in because you get to live three years longer than we
do. Why is that?” Moore said."

Caution, a new Moore snow job is going to be released on the general public soon. I am dreading the crowds of misinformed or partially informed people who will come out of the theaters thinking they are now experts on the health care system in America.
Posted by Unknown at 1:18 AM No comments:

WHAT I MISSED.net: Candy Spelling and Joe Francis Exchange Letters

WHAT I MISSED.net: Candy Spelling and Joe Francis Exchange Letters:

As the headlines about you changed -- to scream 'imprisoned'
and 'U.S. marshals' instead of 'filmmaker' and 'entrepreneur,' you respond by
crying, wailing and seeing yourself as a victim. Bad move. Today's headlines
call you a 'crybaby.'"

Thanks for the advice media whore.
Posted by Unknown at 1:13 AM No comments:

Posted by Unknown at 1:06 AM No comments:

A site that has reformatted the bill to make it easier to read, to comment on and to link to.
Posted by Unknown at 12:32 AM No comments:

"Let's use the low number of 12 million potential Zs, and assume that an average
of 3 Zs will appear for each interview, which means the feds need to schedule,
conduct and write-up 4 million interviews. Is it fair to allocate, say, 2 hours
per interview set-up, completion and follow up? So we need 8 million federal
manhours.
Are these DHS hours? And which employees are tasked with the
interview process? The bill is silent."

I predict total system failure and within a couple years the system will be streamlined to make it even easier for those in the country illegally. The number of interviews that will be needed is only the most obvious point of weakness in this system.

That sounds great, but realistically speaking meaningless since the information just isn't available.
Posted by Unknown at 12:29 AM No comments:

"Title V 'IMMIGRATION BENEFITS' is beyond the comprehension of a
nonspecialist. What is clear is that the law is reshuffling the deck of
get-out-of-jail-free cards, and the total number of visas it authorizes over the
next few years --above and beyond the Y Nonimmigrant Visas and the Z Visas for
illegals already in the country-- is impossible for a layman to calculate.
But does this reshuffling make sense in the overall scheme? Impossible to
say because the sponsors of the bill did not include the sort of guide that
laymen must have in order to understand the tradeoffs.
Thus Title V is
another exhibit in the argument of why this bill should not be scheduled for
debate until supporting materials and analyses have been developed by
specialists --which means at least a couple of weeks delay before Senate
consideration."

"At first glance the costs associated with this new workplace system are huge,
and I would have expected the Chamber of Commerce and others to strenuously
resist transfer of the costs of immigration enforcement from the federal
government to the private sector. There are some significant penalties here that
ordinary businesses will simply be stunned to discover especially in the
paperwork department.
The willingness to go along suggests that there’s a
loophole the size of a black hole hidden within the text, and again we are taken
to the loophole of “probationary Z visas,” discussed in my first post on the
bill’s fine print."

Employers will have to verify that the workers that they employee are legal or have probationary visas. The easiest thing for any employer to do at this point is to take all their workers to apply for their papers at the same time. It will cover them legally, and the workers will be able to stay and work until their applications are either approved or denied - which most will probably never be either. I do agree that taking aim at the employers is an important part of any immigration reform.
Posted by Unknown at 12:10 AM No comments:

"We are about to swamp the FBI with a tidal wave of paperwork. Not only is this
foolish in the extreme, the hint that 'country of origin' might be a marker
worth examining in the future suggests that we know going in that we won't be
able to verify much of the data on criminal backgrounds from some countries
where justice systems either don't exist or aren't credible --say Afghanistan
and Somalia.
But what happens with such applications? The applicants receive
probationary benefits, and their applications get pushed further and further
into corners of offices overwhelmed with folders until, eventually, they are
thrown out."

If it is too much for all these aliens to be sent home, how is any institution going to handle the documentary process that will be demanded to process all these applications. If an alien lies about the country of origin is there any way that this information can be verified. Anyone who is here to harm America is going to do their best to hide the true facts about who they are, will the system be able to at least know that the information is false? I think that the process is going to operate in such a way that only where information is found about an applicant will there be action taken on the applicant. The vast majority of the forms will be passed through the process with little more known about the applicants than before, in many cases we will have misinformation.
Posted by Unknown at 12:00 AM No comments: