"Newspapers are declining in circulation because (a) there are a great many
other different outlets for news other than newspapers and (b) the Internet
makes it possible to access many a newspaper online. I really do wish that the
post would have commented on the . . . er . . . fundamental incongruity of
government trying to subsidize a product for which the market has contracted
considerably."

Is anyone really thinking that this would be a good idea? If non governmental groups want to support papers that don't make money, that is their choice, their money. I don't want my money going to a paper I don't read.
Posted by Unknown at 10:53 PM 1 comment:

Watching Those We Chose: Katrina: two years on, and the tragedy is still unfolding

Watching Those We Chose: Katrina: two years on, and the tragedy is still unfolding:

"Two years after hurricanes Katrina and Rita ravaged the gulf coast, nearly
67,000 families displaced by the storms are still stuck in FEMA trailers
throughout the region. Alabama and Texas have small FEMA-trailer populations,
and Mississippi has about 16,500 of the trailers still in use; but Louisiana,
hardest hit by the storm, has the greatest number of displaced people in
Katrinaville trailer parks. In Louisiana, nearly 48,000 of the trailers are
still in service."

"Let’s start with the basics. Right off the bat, O’Reilly is off in reporting
that Student Worker’s case revolves around the assertion that the phrase “Under
God” is offensive. As I understand it, the core argument presented by Student
Worker is that the pledge disrupts the learning experience and takes away from
class time. This stance requires a bit of explanation, as it has raised a few
eyebrows due to the fact the Student Worker’s protest takes an equal amount of
time. Under Colorado law, the Pledge of Allegiance must be made available for
recitation during school hours. Up until this year, however, the Pledge was
recited before school in the auditorium and could be optionally attended by any
student who felt so inclined. This year, however, the Pledge has been moved to
the beginning of second period. Although participation is still optional,
Student Worker feels that this new policy imposes the Pledge on students who are
opposed to recitation, disagree with the phrase under god, or would simply
rather be studying (I have second period anatomy/physiology, and I can say from
experience that it’s hard to feel patriotic when you’re up to your elbows in a
cat dissection). Student Worker is also worried that the Pledge will be
trivialized in the eyes of those who do wish to recite it by the vast majority
of students who simply ignore the recitation and remain seated. Based on the
above arguments, Student Worker’s goal was to move the pledge from being
broadcasted over the intercom during second period to an optional recitation in
the auditorium during lunch hours, not the removal of the phrase “under god” or
recitation of the pledge itself completely. Of course, O’Reilly failed to
mention any of this. "

Bill O is kind of like an old dog. He gets stuck on things, and doesn't move on. That can be a good thing, but in this case it just seems silly. He has been stuck on the city of Boulder for sometime now. A number of stories from The Factor have featured Boulder, and done so in a biased light. Common Bill, move on.
Posted by Unknown at 10:26 PM No comments:

"Iraq plans to propose one final extension to the UN Security Council mandate
for the American deployment, the AP reports this morning. After the end of 2008,
Iraq wants to directly negotiate a bilateral security arrangement with the US
similar to that of Kuwait and Qatar:"

This is a positive sign that the government wants a change in the relationship that it has with American forces. There are people in this country that assume that the Iraqis and their government want the US to stay in an endless battle. That is why they are not taking steps to improve their country. This shows that they want a relationship of equality with the US, that can only happen if we leave Iraq as with honor, honor for Americans and Iraqis.
Posted by Unknown at 10:20 PM No comments:

"A September 28 Associated Press article about comments made by Rush
Limbaugh on his September 26 radio show -- in which, as documented by Media
Matters for America, he called service members who advocate U.S. withdrawal from
Iraq "phony soldiers" -- reported: "In a transcript of Thursday's show posted on
his Web site, Limbaugh said the comment followed a discussion of Jesse Macbeth,
who was sentenced to five months in prison earlier this month for collecting
more than $10,00 [sic] in benefits to which he was not entitled." In fact, the
"phony soldiers" comment did not "follow a discussion of Jesse Macbeth";
Limbaugh did not mention MacBeth on the September 26 radio show until 1 minute
and 50 seconds after his "phony soldiers" comment, as Media Matters noted."

This isn't overwhelming evidence, but it is enough to raise the doubt that he was talking about a soldier who was a phony. Not making a statement about all soldiers who disagree with him about the war. I don't know what side to believe in this, and don't believe that it makes much difference.
Posted by Unknown at 10:15 PM No comments:

Gates of Vienna: Letting Idealism Interfere With the Welfare of Your Child

Gates of Vienna: Letting Idealism Interfere With the Welfare of Your Child:

"Cyril’s parents, Laurent and Laura Teissier, deliberately chose to send all
their kids to the ‘black’ primary school “The Circle”. Cyril’s older sisters
(now 15 and 19) went there. “Because of the warm atmosphere, and also because it
is a minority school, which receives a lot of extra financial attention from the
government. That’s why there is always something nice going on there. We never
had any problems with our two older kids.”"

This is meant in now way to justify the actions of a bad group of students. The nature of this paragraph hints that she viewed the school and its occupants and being below herself and her family. Saying that she wanted to go to a minority school to take advantage of the increased money they received.
Posted by Unknown at 10:11 PM No comments:

"September 27, 2007 - IGN has been informed by a reliable source that Sony
Pictures is developing a remake of The Karate Kid that will be produced by Will
Smith's Overbook Entertainment and Jerry Weintraub. Weintraub also produced the
1984 film, starring Ralph Macchio and Pat Morita, and its three sequels."

I loved the movies when they came out. They were different than movies today are. I know how old that makes me sound, but it is true. I am excited that they will remake the movie, but worried that they will destroy it.
Posted by Unknown at 9:50 PM No comments:

"TMZ has learned that Nicole Richie and baby daddy Joel Madden may have
finally set the date!"

Want to know what Nicole and Joel's family life is going to be like. Watch reruns of the Osbournes reality show.
Posted by Unknown at 9:47 PM 1 comment:

Am I the only one who would not be surprised to see a sex tape come out of this relationship.
Posted by Unknown at 8:44 PM No comments:

Posted by Unknown at 4:14 AM No comments:

After watching this clip from the show, I don't think you will view Bridget the same.
Posted by Unknown at 3:40 AM No comments:

Cory Kennedy: Go to the lexicon you sluggard, if you will. 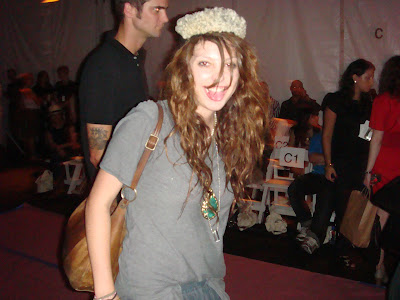 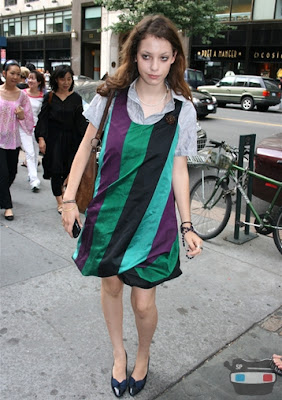 Cory Kennedy: Go to the lexicon you sluggard, if you will.:

"part 4. .... to rush over to the y-3 show. met with olivier z, and caroline g.
it was a large show. very cool... they had water dropping against the walls as
if it were raining, and the music was very chilled out. the models had to cross
the street, i guess that was a part of the runway. very cool. "

I know this is what you were missing. Click on the link to read more.
Posted by Unknown at 3:10 AM No comments: 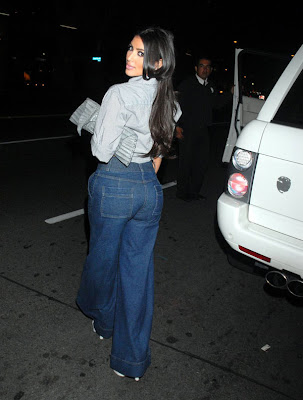 "Unlike 90% of the population, we at CelebNewsWire are fans of high-waisted
jeans."

I love that the waist line is moving up again.
Posted by Unknown at 3:04 AM No comments: 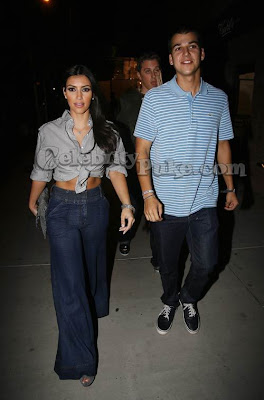 Daily Link Dump
Posted by Unknown at 3:01 AM No comments: 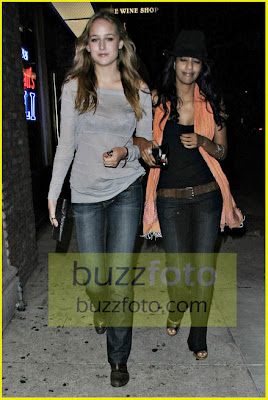 Buzz Foto LLC - Paparazzi Is An Art Form!: "Lee Lee Is A Masterpiece"

Hey Leelee, if you lost my number, I can give it to you again.
Posted by Unknown at 2:56 AM No comments: 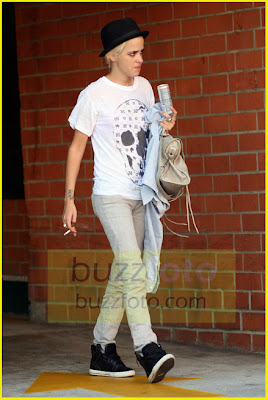 Buzz Foto LLC - Paparazzi Is An Art Form!: "Smile Samantha!"
Posted by Unknown at 2:54 AM No comments:

" Hilary Erhard Duff (born September 28, 1987) is an American actress, pop
singer/Songwriter and entrepreneur. She has an elder sister, Haylie Duff, who is
also an actress/singer."

Happy birthday Hillary...
Posted by Unknown at 2:46 AM No comments:

"Even though she's not making too much news these days in terms of her action on
the dating scene, Jennifer Aniston's still very much on our radar with all the
movies she's been working on. At the moment, she's filming scenes for her
romantic comedy, 'He's Just Not That Into You,' and its just been announced that
she's going to be starring with Aaron Eckhart in the drama, 'Traveling.' The
gist of the film is that Eckhart is a grief coach hosting a seminar at the hotel
where Aniston's character is a floral designer and she teaches him that he's not
really taking any of his own advice."

Jenn has been looking very hot lately, it is good to see that she is getting lots of work. Best of luck with your movies Jenn.
Posted by Unknown at 2:33 AM No comments:

Posted by Unknown at 2:31 AM No comments: 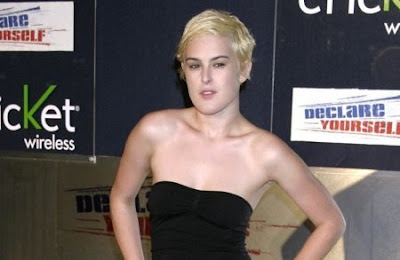 A Socialite's Life: Trying Too Hard

"'I came home and my parents were really shocked when I walked in the house,'
she says. 'My sisters looked at me like, 'What? Your hair!' But everyone, my
parents, loved it.' "

What, that hair is so wrong for her. She can be a cute girl, but that hair makes her head look fat.
Posted by Unknown at 2:26 AM No comments: 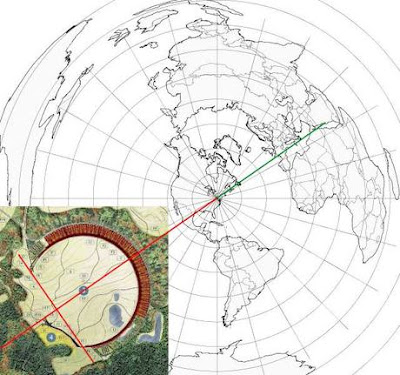 There are groups that are angry because they feel like the monument has been designed in such a way that it points towards Mecca. Why they believe someone would do that I am not sure. The argument from the supporters of the design say that it is focused around the path of the plane when it was crashing. Both could be true. Muslim terrorists knowing that they are going to die, would want to be facing towards Mecca in their death if possible I believe. They could have turned the plane so that the flight path pointed towards Mecca. The need for a blessing would be much greater since they failed on their mission.
Posted by Unknown at 2:10 AM No comments:

"A close friend and major fundraiser of former New York Mayor Rudy Giuliani has
identified himself as the mystery financer of the proposed California initiative
to apportion the state's 55 electoral votes by congressional district instead of
winner-take-all. "

Now we know who was behind that little trick.
Posted by Unknown at 1:56 AM No comments: