Death of Tim Russert: George Stephanopoulos Statement
from TVNewser
Tim loved everything about politics and journalism — because he believed in it. Every day he brought Washington home to his viewers and made all of us better. My thoughts and prayers are with his family — especially Maureen, Luke and his father Russ.

Death of Tim Russert: Roger Ailes Comments
from TVNewser
Fox News Chairman & CEO Roger Ailes in an interview on Fox News Channel at 5:05pmET:
Tim was one of the funniest guys that I knew. It's hard to find a picture of Tim, when he's not smiling. He was very, very good at what he did. He was an example for all journalists today and tomorrow.

Death of Tim Russert: Hospital Statement
from TVNewser
At 5:15pm Keith Olbermann read a statement from Sibley Memorial Hospital.
Tim Russert collapsed while preparing for Meet the Press. Resuscitation was begun immediately and the DC EMS arrived and a full code was initiated and he was transported to Sibley Memorial Hospital where resuscitation efforts were continued but to no avail. The cause of death is yet to be determined. An autopsy is being performed.

Death of Tim Russert: Walters on MSNBC
from TVNewser
At 5:23pmET, ABC's Barbara Walters appeared on MSNBC by phone to comment on the death of Tim Russert, who described the "grief the country's going to face." She also issued a statement:
There is no one who knew Tim, and that includes millions of Americans who felt they knew him too, who isn't deeply shocked and saddened by his death. Tim was everyone's idea of what a journalist should be and he made us proud. He interviewed me just one month ago for his weekly television show and much of our conversation had to do with his love for his father, Russ, and his son, Luke. My heart goes out to his wife, Maureen, and to Luke and Russ.

Death of Tim Russert: Maria Shriver — "I Was Lucky to Have Him As a Best Friend"
from TVNewser
On MSNBC at 5:40pmET, NBC's Andrea Mitchell read a statement from former NBC News correspondent Maria Shriver, now first lady of the state of California:
Tim Russert was one of my closest friends. He was like a brother to me. He was not only a professional confidant but a personal one. He was always the first person to call me, whenever anything happened with my family. And he always called me just to check in and see how I was doing and to encourage me. My heart goes out to his son Luke, his wife Maureen, his father, his sister and his entire family. They were his joy in life. Family and faith were everything to him. He was one-of-a-kind to me and I was lucky to have him as a best friend.

Death of Tim Russert: Judy Woodruff Statement
from TVNewser
Statement from Judy Woodruff, Senior Correspondent at PBS' The NewsHour:
I am devastated. Tim was everything the public knows and so much more. He loved his family deeply — Maureen and Luke — and had a heart big enough for all his friends. No one can know the big and little things he did for so many. He also loved this country and his God — in a way that gave meaning to the journalism he practiced. He loved life and life clearly loved him.

Death of Tim Russert: Katie Couric Reflects
from TVNewser
Tim Russert was so many different things.
Tim was a big teddy bear of a guy, but he was also a pit bull of an interviewer. He always held people's feet to the fire, often using their past words with great effect to reveal flip-flops or hypocrisy.
While Tim was incredibly tenacious, he always did his job with great humanity and respect.
Tim was passionate about the political process and was, in many ways, the navigator-in-chief for so many people. Because he was so knowledgeable, he was able to make politics accessible to millions
Posted by Unknown at 1:47 AM No comments:

Posted by Unknown at 1:46 AM No comments:

Probably not the best choice of words, those words have the a very low and disrespectful meaning.
Posted by Unknown at 1:43 AM No comments: 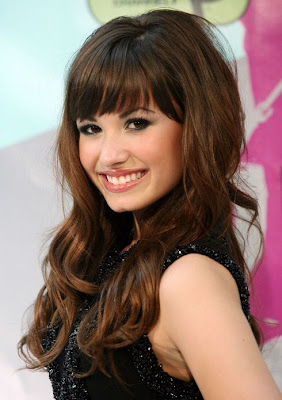 Could this be the new face for young Disney? I would put my vote in for Selena myself.
Posted by Unknown at 1:41 AM No comments:

Posted by Unknown at 1:37 AM No comments:

"Fox's News Network best anchor has been fired for a perceived slight to the
Obamas. I am vomiting. E.D. Hill was a FOX asset, a unique voice is a sea of
nonsense."

While the statement she made was wrong, I fear this growing trend that started with Imus and is spreading, where one comment can end your job. As journalists there is a need to watch the words that are used, but in this example the punishment is unwarrented, and only serves to make people fearful.
Posted by Unknown at 1:35 AM No comments:

Joe Scarborough on the Obama Campaign

Posted by Unknown at 1:30 AM No comments:

Posted by Unknown at 1:22 AM No comments:

"CARSON CITY, Nevada (AP) -- The hunt for multimillionaire adventurer
Steve Fossett, who vanished in September after taking off by plane from a remote
Nevada ranch, is resuming now that snow has melted in rugged mountains where he
may have crashed."

If you ask me he is spending his days with another famed man who went into the western desert, Everett Ruess.
Posted by Unknown at 1:21 AM No comments: 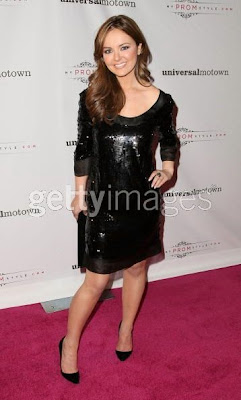 Just a picture of my favorite CNN hottie.
Posted by Unknown at 1:01 AM No comments:

"Tim Russert's physician says cholesterol plaque ruptured in an artery, causing
sudden coronary thrombosis. Russert had earlier been diagnosed with asymptomatic
coronary artery disease, but it was well-controlled with medication and
exercise, and he had performed well on a stress test in late April, Newman said.
An autopsy revealed that he also had an enlarged heart."

A sad reminder of how important a healthy diet and exercise can be.
Posted by Unknown at 1:00 AM No comments: