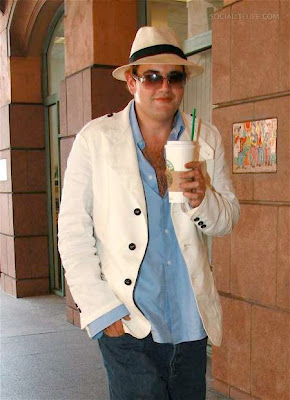 Wow, that is a real change, he might start to look better than his brother soon.
Posted by Unknown at 11:57 AM No comments:

Angelina Jolie - 16 years old with the PICTURES ANOTHER ONE!

Angelina Jolie Was Busy At 16 | A Socialite's Life 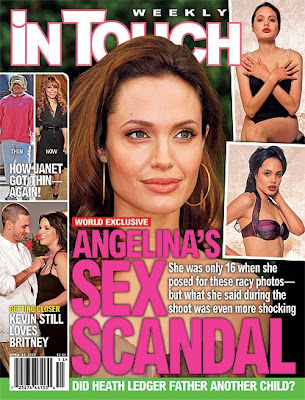 Angelina Jolie Was Busy At 16 A Socialite's Life

Does this really shock anyone?
Posted by Unknown at 11:48 AM No comments:

"It was rumored in December that Bryan was going to change his name to
disassociate himself from the Spears clan. The silent Spears sibling has since
stepped up to take care of Britney's finances as co-trustee of her fortune and
has maintained his famous surname."

There are lots of good reasons to drop the last name of Spears.
Posted by Unknown at 11:41 AM No comments:

Scarlett Johansson's Album Is About To Drop | A Socialite's Life

Scarlett Johansson's Album Is About To Drop A Socialite's Life:

"The Tom Waits cover album is due out May 20, and will also contain one original
song. David Bowie helped out in the studio, and also sang back-up on a couple
tracks. David Sitek of Tv on the Radio produced the work, and took the promo and
album photos himself."