Gary Coleman is Selling His Car on Ebay

Gary Coleman is Selling His Car on Ebay:

"Gary Coleman is selling his Saturn on ebay. Well actually bidding has
ended so he’s not selling it any more. And it doesn’t matter because it’s
showing 0 bids. I guess no one wanted to pay $25,000 for his used Saturn."

Looks like Gary has fallen on some rough times.
Posted by Unknown at 11:58 PM No comments:

"“The only hitch is that the script requires a number of quite graphic
scenes including a full-frontal nude scene. Jessica is so desperate to land the
role and get the industry’s respect that she’s ready to go against her better
judgement, and her family, by agreeing to bare all.”"

First of all, she may be ready for it, but are we?

Where in the World is Sam Lutfi? | CelebWarship

Where in the World is Sam Lutfi? CelebWarship:

"Britney Spears’ weird BFF Sam Lutfi mysteriously dropped off the radar.
Although the hanger-on spent virtually every moment next to Britney’s side for
the better part of this year, the self-described “film producer” hasn’t been
seen since Us Weekly ran a cover story on his sleazy past."

This really just seems to be the pattern with Britney, that she will have someone around for a while, and then they will disappear.
Posted by Unknown at 11:48 PM No comments: 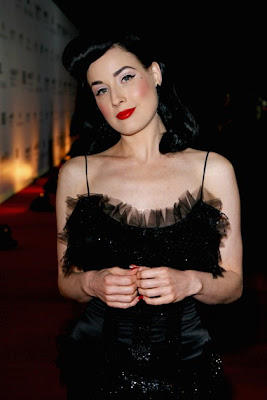 » Charlie Sheen Has Mega Holiday Spirit Bitten and Bound: The Not So Pretty Side of Hollywood 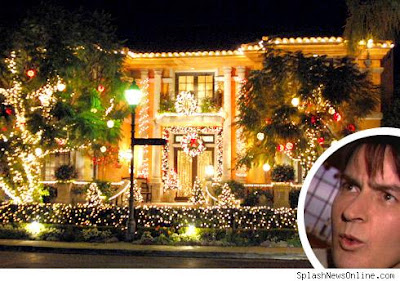 » Charlie Sheen Has Mega Holiday Spirit Bitten and Bound: The Not So Pretty Side of Hollywood

That is not spirit, that is ugly!
Posted by Unknown at 11:31 PM No comments:

» Alexandra Paressant Claims Affair with Tony Parker Bitten and Bound: The Not So Pretty Side of Hollywood

» Alexandra Paressant Claims Affair with Tony Parker Bitten and Bound: The Not So Pretty Side of Hollywood:

"San Antonio Spurs superstar Tony Parker is married to the beautiful Eva
Longoria. According to supermodel Alexandra Paressant, he has engaged in a two
month relationship with the 26 year old French woman."

Could it be true that the perfect romance between Eva and Tony isn't so perfect and Tony is getting some on the side? Have to watch it develop, doesn't sound like much now.
Posted by Unknown at 11:28 PM No comments:

"“Britney should just go ahead and kill herself after the album and go out like
Marilyn, very grand. She should have done it after the last album.’” A source
says, “It was terrible, nobody could believe she was saying it, let alone saying
it without caring who heard!”"

What is going on, is everyone on crack these days. First they call J.Love fat, and we can't stop hearing about it. Then Janice comes out and calls Tyra fat, and Al Roker before ending with a statement that Britney needs to stay home. Now like she was invited into the crazy game, Tyra is saying this about Britney.
Posted by Unknown at 11:00 PM No comments:

Click the link to check out her new song, it is good.
Posted by Unknown at 10:44 PM No comments:

Access Hollywood | Janice On Tyra: 'She Loves To Get Down On A Bunch Of Waffles!' | Celebrity and Hollywood News

Access Hollywood Janice On Tyra: 'She Loves To Get Down On A Bunch Of Waffles!' Celebrity and Hollywood News:

Sounds like she has been self medicating, but doing it wrong. She's been opening her big mouth about everyone. She's like Candy Spelling, even when she is right, she is nuts.
Posted by Unknown at 10:35 PM No comments:

"Stern told his Sirius radio audience that the celebrity couple, who are
reportedly residing in the same Upper West Side block he lives on, have brought
hoards of paparazzi to the area, determined to capture Ben and Jen’s every
move."

This is the radio DJ, not the man who dated Anna, Just to be clear. Now moving on, he later asks, why anyone cares about them. The person that people have forgotten about is you Howard. Jenn is a hot womyn and Ben... well he has a hot wife.
Posted by Unknown at 10:28 PM No comments:

Access Hollywood | Janice Takes On Britney: 'Stay At Home With Your Children!' | Celebrity and Hollywood News

Access Hollywood Janice Takes On Britney: 'Stay At Home With Your Children!' Celebrity and Hollywood News:

"NEW YORK, NY (December 12, 2007) – Janice Dickinson came under fire
earlier this week when she called Tyra Banks “fat.” Now the mouth of the
modeling world is at it again, taking aim at Britney, her own, painful
childhood, and more."

What do we care that one crazy star thinks another crazy star should do something... Really? It may be true that Britney needs to get out of the spotlight, but you know that Janice is only attempting to use Brit to get noticed herself.
Posted by Unknown at 10:25 PM No comments:

Hilary Swank Is Shiny, Takes A Lot Of Vitamins | A Socialite's Life 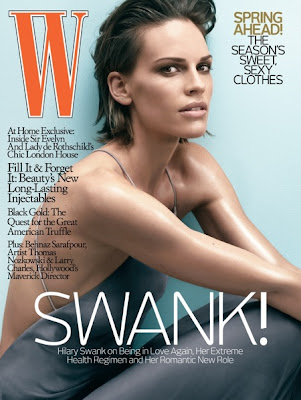 Hilary Swank Is Shiny, Takes A Lot Of Vitamins A Socialite's Life
Posted by Unknown at 9:22 PM No comments:

My Reaction Exactly (Reese Witherspoon And Vince Vaughn Working Together) A Socialite's Life:

"Reese Witherspoon and Vince Vaughan are working together on 'Four
Christmases'. It's some awful romantic comedy mess about how they get sidelined
on their holidays and have to spend Christmas with their families. This is
apparently the scene where they were off to somewhere tropical but hilarity
ensues and they don't make it. "

I hope this doesn't lead to rumors of Vince and Reese hooking up. I couldn't handle that.
Posted by Unknown at 9:15 PM No comments:

That Must Have Been One Greasy Pizza They Shared A Socialite's Life:

"That Must Have Been One Greasy Pizza They Shared Filed under: Brandon Davis ,
Fergie , Stacy Fergueson If they were having Steak-Umms, they're in luck. Oil to
go round'! Just add provolone! Here's Fergie inexplicably dining with greasy bad
boy Brandon Davis. Why? Good friends? Collaborating on a new project? They ate
together at Cafe Med in West Hollywood. More like Cafe Sped."

What could bring these two together? I guess it is about having money, even if you look like a grease ball you can hang with hot girls.
Posted by Unknown at 9:12 PM No comments:

Pam Anderson and Rick Salamon to Take Their Home Videos to Cable TV A Socialite's Life:

"According to Us Weekly, Rick Salamon and Pamela Anderson are gearing up to go
the way of Nick and Jessica, that is, putting their relationship under the
spotlight of reality television"

I think we have seen enough videos with these two in them, haven't we?
Posted by Unknown at 9:06 PM No comments: 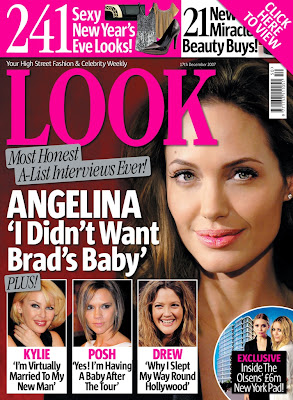 7Confessions: Controversial Angelina Jolie on Look Magazine
This must be taken out of context or something.
Posted by Unknown at 8:58 PM No comments: 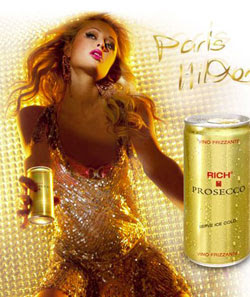 "Jessica Alba’s rep just confirmed to People Magazine that she is really
pregnant: 'I can confirm that Jessica and Cash are expecting a baby in late
spring, early summer.”"

What, Jessica is pregnant now. Is pregnant like the new thin?
Posted by Unknown at 8:53 PM No comments:

Posted by Unknown at 1:17 PM No comments:

The New Kids On The Hollywood Block

Posted by Unknown at 1:10 PM No comments:

Posted by Unknown at 1:08 PM No comments:

What is the biggest news about TV Game show hosts this week?
Posted by Unknown at 1:59 AM No comments:

Madonna May Back Hillary Clinton for President | Backseat Cuddler

Madonna May Back Hillary Clinton for President Backseat Cuddler:

"Superstar Madonna might be choosing sides in the upcoming presidential
election. As Oprah Winfrey recently did with Barack Obama, her Madgesty might
toss her hat in the ring with Hillary Clinton."

I see how Madonna and Hilary would have a lot in common. I also see how it is what they have in common that could hurt Hilary more than it would help her. Madonna's fans for the most part don't take political advice from her. However, those who oppose Madonna for the things she has done over the years, will find that to be one more reason not to like Hilary.
Posted by Unknown at 1:54 AM No comments:

"Owen Wilson is back in fine form. Just check out his moves from the slide show
US Magazine has of him and his new gal partying with Woody Harrelson and wife.
Nice to see him similing."

There is nothing better in life than a new girl, assuming you don't have one - and you are a guy - that likes girls. Oh, well.... Good for Owen whatever the case.
Posted by Unknown at 1:51 AM No comments: