Posted by Unknown at 7:03 PM No comments:

Paris is going to jail...

Posted by Unknown at 6:55 PM No comments: 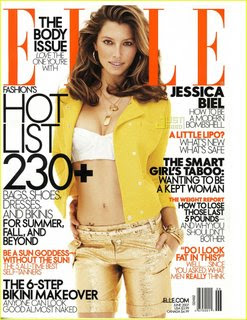 Posted by Unknown at 4:15 PM No comments:

Us Weekly DOES Make Mistakes, DOESN'T Fabricate Stories, DOES Speak Out of Its Ass →

Breaking news, sometimes gossip rags make mistakes when covering the news. Sometimes these publications make up stories because they don't have anything good. The news that you read in these publications is gossip, and shockingly enough it is no more reliable than the news you hear from your friends at school. Keeping that in mind, it does seem a little strange for one tabloid to be pointing the finger at the others for their inaccuracies.
Posted by Unknown at 3:59 PM No comments:

The Hoff gets drunk...

The Hoff is Drunk

David Hasselhoff has released a statement regarding video that made its way around the internet over the last couple days. In the video Hasselhoff is seen in a state of drunkenness while you can hear his daughter begging him to quit drinking and see what it is doing to him. In the statement he talks about his battle with alcohol and states that it was his idea that he be recorded while he was drunk so he could see how bad it was.

The Hoff also issued this statement: "I am a recovering alcoholic. Despite
that, I have been going through a painful divorce and I have recently been
separated from my children due to my work. I have been successfully dealing with
my issue. Unfortunately, I did have a brief relapse, but part of recovery is
relapse. Because of my honest and positive relationship with my children, who
were concerned for my well-being, there was a tape made when I had a relapse to
show me what I was like. I have seen the tape. I have learned from it, and I am
back on my game. I thank God for the love and concern from my children."

Posted by Unknown at 3:51 PM No comments:

People magazine, an operational public relations branch for a growing number of celebrities is acting to defend clients Tom Cruise and Katie Holmes. The couple have come under attack by rumors that Katie is being controlled by Tom, and that their marriage is headed for a breakup.

While Jada Pinkett Smith, the wife of Will Smith, defended their marriage, it is not widely being accepted among bloggers.

Tom Cruise and Katie Holmes share a life together that's shocking – shockingly
normal, that is, considering they're one of the world's most famous couples.

I don't know why they don't just get used to the fact that these rumors are going to be spread. It could be that the rumors are coming from inside the family as a way to keep their names in the news. Does anyone really care about Katie Holmes or Tom Cruise?

Posted by Unknown at 3:41 PM No comments:

Posted by Unknown at 2:49 PM No comments: 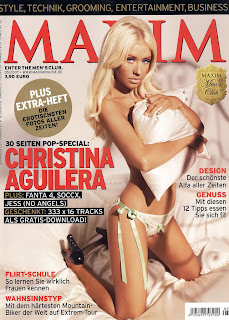 Posted by Unknown at 3:18 AM No comments:

Posted by Unknown at 3:12 AM No comments:

"Kate Bosworth was
spotted leaning over some person's baby with her nipple possibly showing. And I
say possibly because I can't tell."

It is a clear shot down her shirt, but I could not see any nips. Just the shot that would make a sixth grader nuts, so in other words, I thought it was great. Honestly though, check it out - I don't know that I think Bosworth is that hot, and the picture really isn't that hot.
Posted by Unknown at 3:03 AM No comments:

If you are like me and have always wondered where you could get nail clippings from the stars, search no farther. An employee of a nail saloon that claims clients such as Cameron Diaz and Scarlett Johansen is offering his collection, the catch is that it isn't for sale. His son needs math lessons and he wants to barter with someone - math lessons for nail clippings. I don't know what the real lesson his son will get out of this exchange will be.
Posted by Unknown at 2:59 AM No comments:

Jada Pinkett Smith Says Motherhood Is Her Most Important Role

Jada Pinkett Smith Says Motherhood Is Her Most Important Role:

"The actress, currently starring in the movie “Reign Over Me,” says motherhood
is her main focus, which led her to become actively involved in children’s
charities, co-founding the Will and Jada Foundation to help fund youth
educational projects."

Falling a close second to that is defending Tom and Katie from speculation that the couple is headed for a divorce. It is on the cover of US Weekly, so what if they were right about Brad and Jennifer, or that they were right about Nick and Jessica, this is different. You all remember, Tom Jumped on a couch to show his love for Katie.

Getting back to Jada, I honestly hope that no one gets the impression that I am mocking her. She is one of the few womyn in Hollywood that appear to have some real class.
Posted by Unknown at 2:56 AM No comments:

I met Kate through Tom – I didn't know her before Tom. I think everybody has
this image: Poor little Kate, she doesn't have the strength to take care of
herself. People don't know that behind all that grace is a tiger. I've witnessed
it! I've had conversations with Kate personally where the tigress comes out of
her, that fight. source

Why didn't you come out and tell us sooner, let us put away all that gossipy talk about Tom Cruise and Katie Holmes.

On a serious note, are these people serious, does anyone think that PR campaigns in this manner work anymore?
Posted by Unknown at 2:51 AM No comments:

" I was at the Bjork concert at Radio City Music Hall last night. Bjork was
great! She hardly spoke to the audience, amazing how her English is still that
bad. She was wearing an orange dress. She's definitely the cutest thing! Click
on the picture above to watch the first video from her new album (in stores on
May 8th) "


What do you get for the womyn that you cannot leave but cannot love. How about that always romantic idea of an island in the shape of Greece. The island is a part of a group of man made islands in the Persian Gulf, that fit together to form the shape of the world.
Posted by Unknown at 2:37 AM No comments:

WHAT I MISSED.net: LC Poses for Avon's Mark Cosmetics

WHAT I MISSED.net: LC Poses for Avon's Mark Cosmetics:

There are some good pictures of Conrad, while I have been slow to get drawn to her as a celebrity she does have a great smile.
Posted by Unknown at 2:31 AM No comments:

Cross has told the creator of the show Desperate House Wives, that she will not be getting pregnant again. The show has stopped filming while she has taken time to tend to her young twins. While she has promised no more pregnancies she left the door open for the potential that she would adopt.
Posted by Unknown at 2:29 AM No comments:

Could this be how the whole confusion about the cat scratch happened. He looks so wasted he wouldn't know if her were eating chicken or fish. If those kids are underage, I think it is time for a visit from the authorities.
Posted by Unknown at 2:24 AM No comments:

"LINDSAY Lohan just can’t seem to stop partying - and, unluckily for her,
word on the street is that someone may have recorded her revelry with a
cellphone video camera. We can’t divulge what Lohan was allegedly caught doing,
but if true, it won’t sit well with her younger fans."

If internet rumors are to be believed there is a video of Lindsay Lohan doing something that would be disturbing to her young fans. The details at this point aren't clear, and I will bring you more when I can dig something up. With the parties that she has reportedly been going to, it could be anything. I wonder though, if they mention her young fans as a hint of what this action could be. Lohan has been seen doing a number of things, could it be something worse, or just something that young people would be disturbed by. Could it be that the video is of her and an older man?
Posted by Unknown at 2:23 AM No comments:

The legal papers ask that "Hilton be ordered to serve 45 days in County
Jail." Prosecutors also want her to be ordered "not to consume any alcohol for a
continuous period of 90 days." During that 90-day period, prosecutors want her
"to be monitored for alcohol consumption ... by use of a Secure Continuous
Remote Alcohol Monitoring (SCRAM) device at her expense." [...]

Hilton is facing charges related to a probation violation from a stop in February. The original charges were from an alcohol related reckless driving charge in January. She had been put on probation from the charges under which she was restricted from driving. She violated that probation when she was stopped by officers on February 27. The city attorney is going to assert that Hilton knew that she was unable to drive. Hilton's lawyers will defended her by saying that she has assumed that she could drive, based on her lawyers advice.
Posted by Unknown at 2:13 AM No comments:

Could the motivation behind a number of stories about Angelina Jolie on drugs, and having troubles with her relationship, have to do with her media relationship. Jolie has a close relationship with People magazine, giving them exclusive access to a number of photos that all of the tabloids would have liked a piece of. Could these publishers be getting their revenge through the daily stories we all love to read about the star couple.
Posted by Unknown at 1:42 AM No comments:

With rumors of drug use by Angelina, and talk about her giving her former boyfriend a lap dance, Brangelina are spending time together as a family in Prague. The couple seem happy in their relationship and with their family.
Posted by Unknown at 1:26 AM No comments:

Posted by Unknown at 1:17 AM No comments:

A celebrity style MySpace fight is brewing between Haylie Duff and Kim Kardashian. Kardashian in a gesture that she describes as being that of friendship attempted to reach out to the less popular Duff sister through MySpace. She said that she believed that it really was a profile for Haylie Duff because she also had Kimberly Stewart and Billie Piper on her friends list. As a reply to Kardashian's communication, Haylie said that she did not hang out with "whores", and "I'm busy slut".

Stuff like this REALLY PISSES ME OFF. I try to reach out and be nice and
instead it just gets shoved back in my face. This is why you should never move
to Hollywood, the place is full of arrogant, immature, and offensive bitches who
can't hold their liquor and can't keep their legs closed.

Posted by Unknown at 1:13 AM No comments: