“We bombed Hiroshima, we bombed Nagasaki, and we nuked far more than the thousands in New York and the Pentagon, and we never batted an eye.”

“We have supported state terrorism against the Palestinians and black South Africans, and now we are indignant because the stuff we have done overseas is now brought right back to our own front yards. America’s chickens are coming home to roost.” (Sep 2001)

“In the 21st century, white America got a wake-up call after 9/11/01. White America and the western world came to realize that people of color had not gone away, faded into the woodwork or just ‘disappeared’ as the Great White West kept on its merry way of ignoring black concerns.” (magazine article)

“Barack knows what it means living in a country and a culture that is controlled by rich white people. Hillary would never know that. Hillary ain’t never been called a nigger. Hillary has never had a people defined as a non-person.”

“Hillary is married to Bill, and Bill has been good to us. No he ain’t! Bill did us, just like he did Monica Lewinsky. He was riding dirty.” (sermon)

“The Israelis have illegally occupied Palestinian territories for over 40 years now. Divestment has now hit the table again as a strategy to wake the business community and wake up Americans concerning the injustice and the racism under which the Palestinians have lived because of Zionism.”

This is Obama's minister... if you want to use the word that loosely.
Posted by Unknown at 2:32 AM No comments: 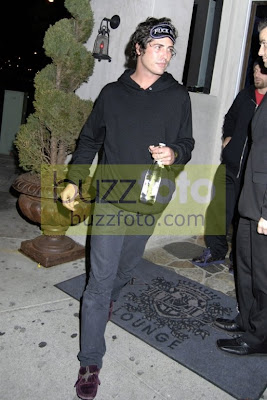 Buzz Foto LLC - Paparazzi Is An Art Form!: "Brandon Davis is a Freakin’ Class Act"
Posted by Unknown at 12:43 AM No comments: 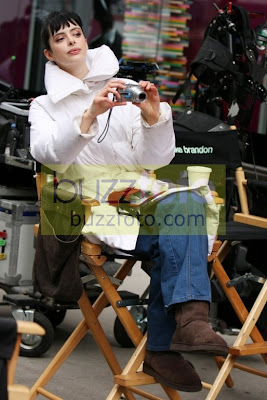 Buzz Foto LLC - Paparazzi Is An Art Form!: "Krysten Ritter is the Director Now!"
Posted by Unknown at 12:37 AM No comments: