Are You Surprised About Paris? | POPSUGAR - Celebrity Gossip & News.

Are You Surprised About Paris? POPSUGAR - Celebrity Gossip & News.:

"We polled about Paris a couple of times in the past few weeks and you guys said
that you wouldn't tune in to her first interview and that you still can't stand
her. However, actions speak louder than votes and Larry King's audience was
tripled for his interview with Paris. Are you surprised that so many people
tuned in?"

For all the people who talk about not liking Paris, and saying they don't care about her or her story, a whole lot of people tuned in to listen to it on Larry King. Paris is only bigger than ever thanks to this.
Posted by Unknown at 9:03 PM No comments:

Bush To Iraq: Use Israel As A Model For Democracy | Air America Radio

Bush To Iraq: Use Israel As A Model For Democracy Air America Radio:

"Yesterday, Bush said at the U.S. Naval War College, 'In places like
Israel, terrorists have taken innocent human life for years in suicide
attacks…The difference is that Israel is a functioning democracy and it's not
prevented from carrying out its responsibilities. And that's a good indicator of
success that we're looking for in Iraq.' Citing Israel, Bush suggested that in
order to define success in Iraq, we should look at Israel’s model."

While I understand that they hate Israel, it is a strong democracy. I think it is interesting that he pointed to Israel, and not to America as a model.
Posted by Unknown at 9:02 PM No comments:

"Mr. Warner said that July 15, when a Congressionally mandated, preliminary
report on the progress in Iraq is due, would be pivotal. The White House has
been hoping for far more time, even backing away from its earlier statements
that September would be a fair deadline to start judging the results of the new
war plan.”"

While I think it is important to hold to the time table for a report to be done in September, I think that the reviewing committee should be open minded enough to see progress and not expect finality. It would be a shame for the surge to gain control of a vast majority of Iraq, and then be declared a failure and the troops pulled because it wasn't done. In September, if more time is needed, and the surge is showing itself to be a success I think more time should be given. We are not talking about baking bread, we are talking about nation building, and the results can be far more tragic that bread that has been baked too long.
Posted by Unknown at 8:25 PM No comments:

Posted by Unknown at 7:00 PM No comments:

Posted by Unknown at 6:58 PM No comments: 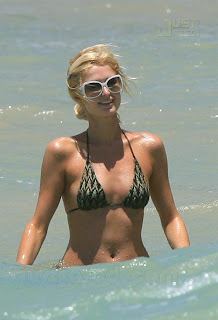 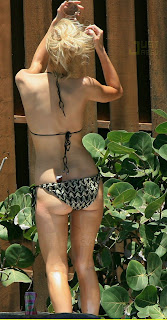 "Criss Angel's wife, Joanne Sarantakos, is filing for divorce after being in a
relationship for 15 years, claiming their marriage ended when Criss started
having an affair with Cameron Diaz. According to the New York Post, Sarantakos
is planning to have Diaz subpoenaed to testify about her relationship with Angel
in New York's Supreme Court on Long Island. Reportedly, Sarantakos is alleging
mental cruelty and abandonment. Her attorney, Dominic Barbara says Criss kept
his wife of five years a secret to increase his sex appeal among female fans.
Angel's lawyer, Elliot Weiner, didn't deny the allegation of adultery."

Wow, this guy had a secret wife, was she invisible? That really is magic. As for poor Cameroon, she should just blame him for the bag she wore in Peru and walk away. This girl is a magnet for scandal it appears.
Posted by Unknown at 6:42 PM No comments: 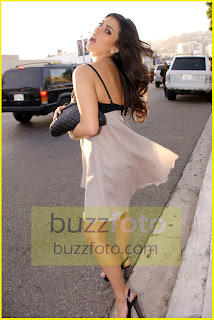 Buzz Foto LLC - Paparazzi Is An Art Form!: "EXCLUSIVE: KIM KARDASHIAN at Koi - Something out of a French dream!"
Posted by Unknown at 12:31 AM No comments: