THIS IS MY 500TH POST! YEAH FOR ME!
I HOPET THAT YOU WILL ALL BE HERE FOR MY NEXT 500
TELL YOUR FRIENDS WHERE NEWS AND ENTERTAINMENT ARE FOUND
Posted by Unknown at 11:38 PM No comments:

Nancy Grace is the host of a legal news show that is on CNN Headline News. She moved to CNN after working for Court TV on the program that wraps up the days trials, "Closing Arguments". She is a well respected journalist that has appeared on a number of shows, including "Larry King Live", "Oprah" and "The View".

Before working for Court TV, Grace was a prosecutor with the district attorneys office of Atlanta Fulton County. She served as a prosecutor for ten years, working on cases of rape, child molestation, serial murder and arson. During her time working as a prosecutor she accumulated a record of 100 convictions and no lost cases in court.

Grace had planned on being an English professor, but gave up these plans on the death of her fiance. Driven by her loss she went to law school, became a voice for victims rights and eventually a prosecutor. She has also been a professor at Georgia State University's school of law and school of business. She graduated from New York University's school of law, with a degree in constitutional and criminal law.

She has been given a number of American Womyn in Radio and Television Gracie awards for her show on Court TV,"Nancy Grace Investigates".

She was born in Macon, Ga. and grew up as a fan of Shakespeare. She is a womyn who hold her opinions back from none, and one thing I personally love about Nancy Grace is watching her express her anger at criminals on her show. She has received criticism for making statements about high profile cases during the trial. She covered some big cases closely, including the OJ Simpson Murder Case and the Scott Peterson Murder Case and the John Mark Karr story. The biggest criticism comes from an interview with a womyn of a missing child that Grace had intensively interviewed, Grace implied in her line of questions that the mother had something to do with the crime against her child. Melinda Duckett killed herself before the show could be aired and much of the blame was placed on the interview with Grace. She commented on ABC's Good Morning America, "If anything, I would suggest that guilt made her commit suicide. To suggest that a 15 or 20 minute interview can cause someone to commit suicide is focusing on the wrong thing."

During the often criticized Anna Nicole Simpson Trial in Florida following her death, she said the rules of court were not being followed, and twice threw a book to make this point. In the Elisabeth Smart case, she at first named the wrong man guilty, and then refused to discuss the matter when asked about it later. When granted an interview with Elizabeth Smart after she was discovered and returned, she asked a number of questions that made Smart uncomfortable.

Email ThisBlogThis!Share to TwitterShare to FacebookShare to Pinterest
Labels: Nancy Grace, Who Is

Posted by Unknown at 9:48 PM No comments:

Today Show - Don Imus Has Some Words For Al Sharpton

Posted by Unknown at 1:48 PM No comments:

Posted by Unknown at 1:40 PM No comments:

Posted by Unknown at 1:07 PM No comments:

Posted by Unknown at 1:03 PM No comments:

The Value of Free Speech

Posted by Unknown at 1:02 PM No comments:

A Federal jury returned an indictment for "Girls Gone Wild" founder Joe Francis, charing him with tax evasion. The charges are related to allegations by the Justice Department that Francais deducted more than $20 million in fraudulent business expenses. These expenses are from the tax returns of two film companies, Mantra Films Inc. and Sands Media Inc. for the years 2002 and 2003. 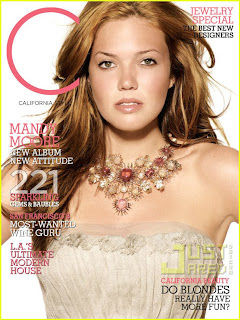 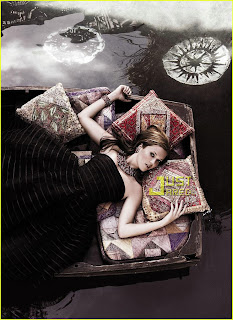 Posted by Unknown at 1:12 AM No comments:

Now that Lindsay Lohan has gone through rehab, is it time for her mother to go? Page Six reported:

Dina Lohan headed to Miami last weekend [where she] partied like a teenager… On Friday, she and friends drank poolside at the Shore Club before moving on to Grass, where she ordered bottle service for her table and stayed for hours. The next night, she and a group of 20-somethings hit Suite, where they downed vodka and cranberry drinks and champagne - racking up a $750 bill.

Life&Style is reporting that Madonna is on a trip to Africa to meet with her adopted son's dad. She is making the trip according to the magazine because she hopes to adopt another child, and wants to repair her image from the damage adopting David caused. She wants David's father to feel like he is part of the family.

Don't get me wrong, Lauren is cute, but not worth the drama that all this is developing into. Besides doesn't everyone know by know that they easy way to the top of the ladder in Hollywood is a sex tape release. Granted you can't be upfront about it, you have to try and hide it is there, and that you may have something to do with it. Here is how it works.

1) Make sex tape
2) Lose/Release sex tape
3) When news breaks deny
4) As photographers flock to get a reaction, deny
5) As you work your way up the celebrity scale, deny
6) When movie talks begin, deny
7) As the movie role come in, stop talking about it.

This formula works, even if you are not behind the release of the tape.

Why is it gold and why does it not look like 'sports wear'?
Posted by Unknown at 12:49 AM No comments:

Could Sanjaya really win American Idol, why not Rubben Studdard did.

I really think that this means that America is starting to view AI as a complete joke. While I am not crossing over into being a fanjaya, I don't think that this is about if he can sing or not. It is about believing that he can't, and making him win anyways. If he does win American Idol, I suspect his career will be no worse than some of the other winners. Like Clay Aiken for example.
Posted by Unknown at 12:47 AM No comments: